A GUIDE TO THE CLIMATE CRISIS 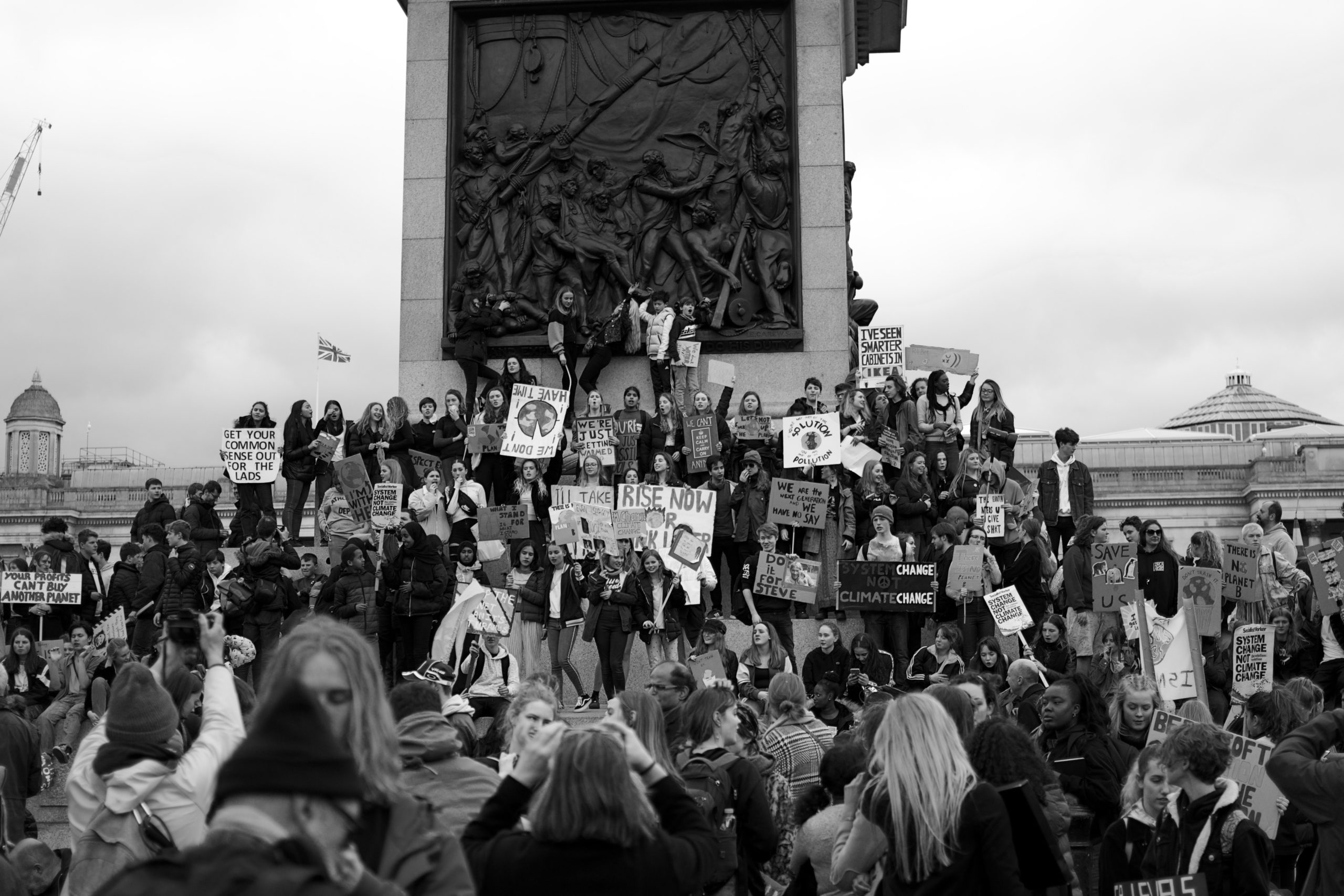 A short guide to help, from me: a 17-year-old guy from London.

There’s no denying that we all know about the monster of destruction that is climate change. You hear about it from climate deniers who spread fake news claiming it to be a hoax, from headlines of Extinction Rebellion occupying multiple cities across the UK (or randomly digging up a university lawn to make them divest from fossil fuels), and from us – the youth, who have been watching our society go backwards instead of progressing into the world we want to live in. However, many of us still don’t do much despite caring about the crisis – and it’s totally understandable. So, here’s a short guide to help, from me: a 17-year-old guy from London.

This is probably one of the most important things you can do and should be your first port of call. It was mine, back in January 2019 when I got in touch with other students who were as concerned about the climate crisis as I was. We worked together and in February 2019 launched a national youth strike movement inspired by Greta Thunberg’s strikes and the huge numbers they were bringing out in other countries. Our first strike was covered in Mission’s Youth issue and, to our surprise, brought out 15,000 of us to the streets which then turned into 50,000 at our next strike. That may be just a number, but each and every one of those 50,000 was important. Each and every single person who turned out was instrumental in finally making our voice heard. Each and every single person who continues to fight with us is bringing us closer to winning the battle against governments and corporations, who are the most responsible for this mess.

In times like this, when we are on the verge of a socioeconomic and ecological breakdown, and millions of people’s lives are at risk, we must honor our duties and do what we deem to be right. Civil disobedience becomes a duty and a responsibility, this is why I recommend joining a climate activist group in your area. There are FridaysForFuture groups in almost every country, Extinction Rebellion groups worldwide, and the Sunrise Movement in the USA.

It’s no secret that eating a plant-based diet is one of the most effective things you can do to reduce your personal impact on the earth. This doesn’t mean you have to go completely vegan – I live with my Persian mother who refuses to believe a plant-based diet is anything but ridiculous, so I have instead taken the effort to reduce my meat and dairy intake as much as I can without her bullying me for it. You can make this work for you instead of feeling like it’ll be impossible to adapt – can’t imagine going without cheese? Go vegan but keep the cheese. Having a hard time staying vegan? That’s okay, maybe just eat vegan for one day a week. Or two, once you get comfortable with one. This is totally fine no matter what anyone might tell you: it won’t work for only a few people to be perfect vegans, we need millions of people being casual vegans (or flexitarians).

I’ll admit I used to shop from awful places.

That’s not to say I didn’t dress well, but the go-to was usually Bershka. For basics, it would be places like BoohooMan or Primark. Not only did my logic at that time make no sense whatsoever (if they’re basics why buy the cheapest you can find instead of investing in quality pieces?) but I was also buying from some of the most polluting companies on the planet. Companies that sold low-quality clothing designed to last you as little as possible by either falling apart or going out of fashion so that you were continuously buying more and more. And the reasons I bought from these places were as follows:

1) Being a teenager, cheap prices are much more attractive than higher ones. It’s the reason why we’d hit the chicken shop after school, even if someone kept claiming that it was actually pigeon meat because their aunt had seen it on Facebook.

2) I didn’t know better and thought these clothes were all the same.

Now, things have changed and I don’t know anybody my age who doesn’t have Depop on their phone. Second-hand clothing is where it’s all at, and it doesn’t fall apart or go out of fashion unless someone’s clearing out all the £3 pieces they bought from Boohoo and wore once. There are also charity shops, other apps like Vinted, a website called VestaireCollective, and vintage shops and markets. You might have to sift through a lot of random things to find a great piece, but that’s the same everywhere.

If you’re also wondering where to get new clothes (they are still needed, after all), look for sustainable and good-quality brands. These brands don’t push out hundreds of new items every week, nor are their clothes designed to be thrown away. They are obviously more expensive than fast fashion places, but you get much more value for your money than if you bought a poor quality £5 slogan t-shirt from Bershka that says ‘ETERNITY IS NOT ENOUGH’ (like I did and still own), or a £3 crop top from Forever21 that says ‘Hell yes tacos’.

I’m going to go ahead and assume that you already recycle because it’s unimaginable to me that anybody in this day and age would dump their plastic and cardboard straight into the main bin without hesitation. The only other thing I can advise is to avoid unnecessary packaging where you can and try to keep your waste to a minimum (that’s both your general waste and your recycling).

Ever since our movement changed the tide and brought climate politics into the mainstream, the most polluting companies have been scrambling to keep their image clean. Oil and gas companies are the worst when it comes to this, as they collectively spend hundreds of millions to delay, control or block climate policies every year while simultaneously pushing their greenwashing campaigns. Fast fashion (the second most polluting industry after oil and gas) is also guilty – H&M stores always advertise their Conscious collection (with a very vague explanation on why this collection is at all sustainable) and their clothing recycling service, but also burn brand new, unsold stock and rapidly produce new items at the same time. It’s important to keep an eye out for this sort of marketing by not allowing yourself to be easily fooled by earthy tones and meaningless words like ‘natural’ or ‘organic’, as these are the most common techniques used to deceive us.

I hope I was convincing enough and more helpful than those vegans who constantly bring their diet into every conversation. Just remember: although both are important, system change is more important than individual change and even if everybody avoided that one transatlantic flight, we’d still be in this mess. We’re in a world that leads us to bad decisions, so only do what you can within your means. If you need to be somewhere and can’t afford the train ticket for it, don’t feel guilty for needing to purchase a flight instead. We’re all in this together, for a brighter and cleaner future.