HOW AMANDLA STENBERG FOUND FAME AND HOW SHE USES IT RIGHT

From setting the screen alight as the lead in The Hate U Give to working hard to ensure the voices of queer POCs are heard and spreading the message that #BlackLivesMatter, there is power in everything Amandla Stenberg does.

Amandla Stenberg is far from your usual Gen Z star. In conversation, the 21-year-old sounds like someone studying performativity or sociology at an Ivy League college, sans the pretentious air. In fact, the academic nature of Stenberg’s lexicon is entirely self-taught, as although they were accepted into the film school at NYU, they deferred attending for two years, before withdrawing completely after, what many would consider, making it in Hollywood—and all before their teen-hood had expired.

A fraction of Stenberg’s timely fame —the rest being undeniable talent— can be attributed to their early start. The first on-set memory of the multi-hyphenate (actor-musician- activist-comic book author) is of being in a commercial for a doll brand. Although the final cut only featured them in the background, unintelligible, the ad was a jumping-off point for what would become a meteoric rise to prominence, with a breakout role in The Hunger Games and subsequent leads in Everything, Everything, The Hate U Give, and, most recently, the Netflix series The Eddy. 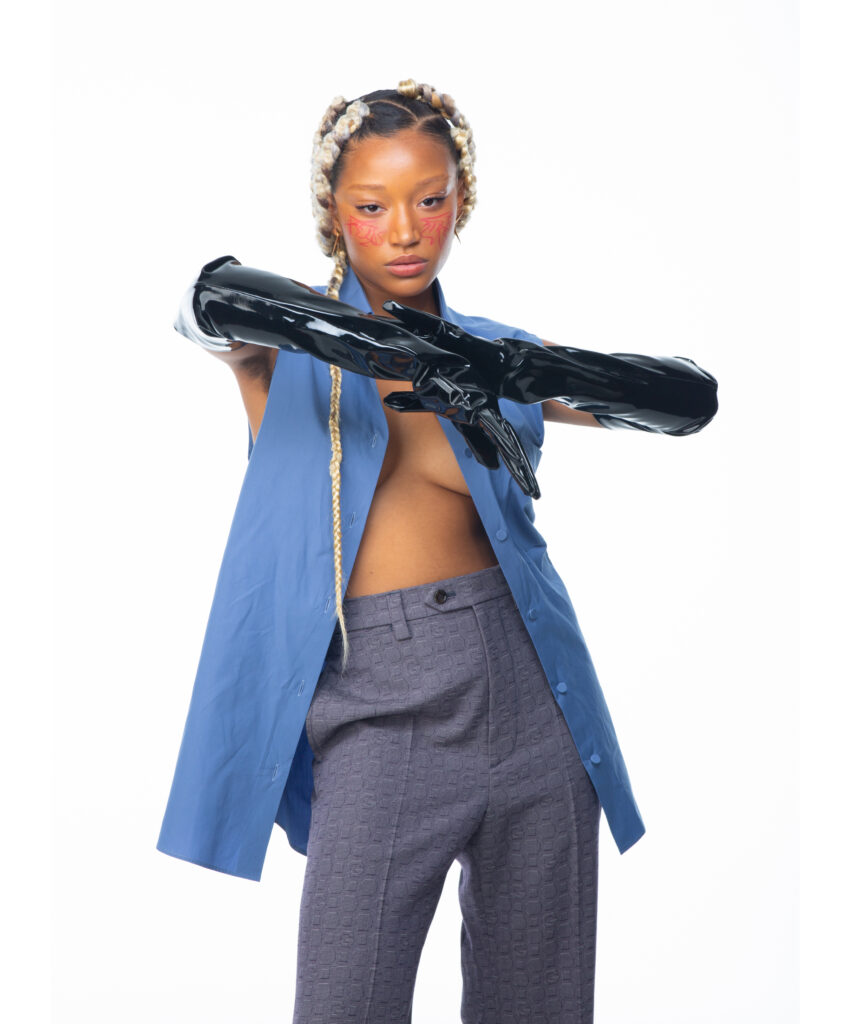 Anyone familiar with Stenberg will likely contend that their idea of success runs counter to almost everyone else’s in LA: If fame is their end goal, they hide it well. Activism—and not the ethereal kind adopted by anyone with an iPhone—lies at the core of everything they do, both professionally and personally.

What’s particularly distinct about Stenberg is that their altruistic baseline extends to their interpersonal encounters. “I’m so sorry for making you wait. Thank you so much for being so patient,” they coo over the phone from Wick Studios in West Hollywood, after spending the day shooting this issue’s cover.

After some chatter about The Eddy —a Jack Thorne-created series about a jazz club in Paris, with dialogue that oscillates between French and English, in which Stenberg plays a teen struggling with addiction— Stenberg’s name and parentage come up in conversation. They tell me that, on the wall of their LA childhood home, was a poster that read, “Amandla! A Revolution in Four-Part Harmony,” advertising a music-centric documentary about apartheid South Africa, where amandla, the Zulu and Xhosa word for power, was a rallying cry for freedom in the days of resistance in the country. The Miles Davis album of the same title often reverberated through the house, too. It was Stenberg’s mother, a journalist, who named them, and who schooled them “on the history of oppression and what it means to be a Black woman,” always treating them as if they “had the intelligence to understand.” 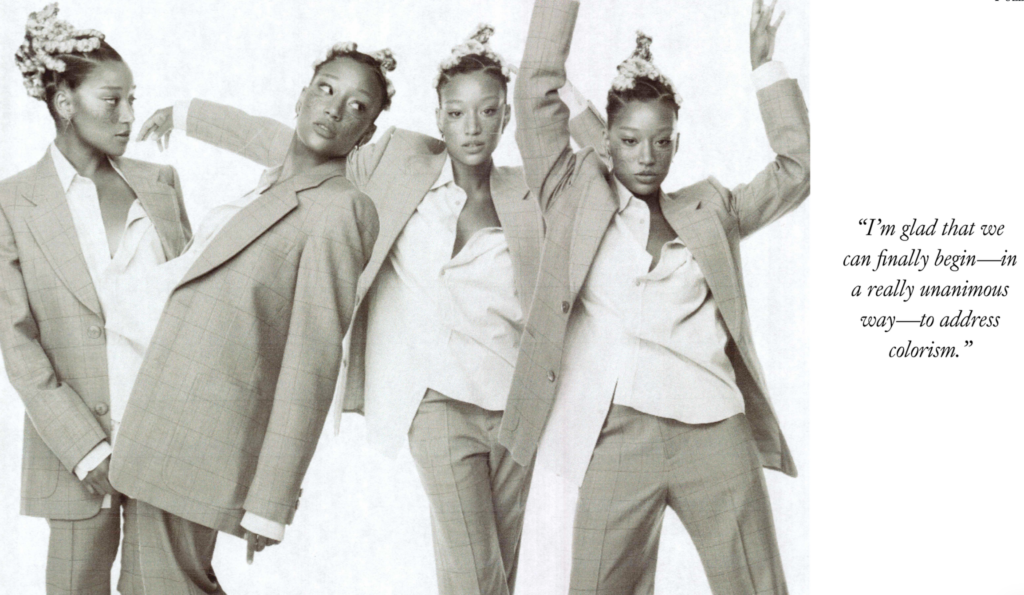 Coincidently, a similar weight is attributed to the name of Stenberg’s character in the 2018 movie The Hate U Give—a visceral portrayal of police brutality in the U.S. In the film, Stenberg plays Starr, a name chosen by the character’s father to signify light, emboldening her to shed light on systemic racism. “I feel like that’s always been kind of Black tradition. You take the significance of the name seriously and use it with meaning and power … to be quite literal,” they say.

The Hate U Give echoes the current climate so profoundly that it has recently been made free on a myriad of streaming platforms. I (naively) ask Stenberg if they find it frustrating that, two years on, the movie—which includes the line “It’s the same story, just a different name,” with regards to a black man who has been killed by a police officer—resoundingly retains its resonance. “It’s not very unexpected, though,” they say. “It wasn’t necessary to stress the release date and the timing of production, because we knew that this would be something that would be continual. It’s such a systemic issue, it’s going to take years, decades, of work.”

Read the rest of the interview with Amandla Stenberg by purchasing our digital issue here.