BENNY’S CLUB WANTS TO MAKE SURFING OPEN TO ALL

How this NYC surf collective strives to make the ocean more inclusive for queer and POC surfers.

The ocean should be accessible to all, yet in the world of surfing, it’s often a place of prejudice and exclusion. Benny’s Club, a New York City-based surf collective, has the goal of rewriting surf culture’s current narrative. “The ‘culture’ of surfing—the magazines and films and advertisements—make it feel like an activity for straight, white men,” say Johnny Cappetta and Momo Hudes, the founders of Benny’s Club. The collective hopes to provide an inclusive “space where queer and POC surfers can feel safe bringing and being all of themselves.”

Cappetta and Hudes met amid a time of global turbulence in the summer of 2020, at a paddle out by the Black Surfing Association in Rockaway, a non-profit dedicated to teaching Queens children to surf. “All of the conversations about how to build an anti-racist world that were spinning out of the protests had us thinking about where we could make an impact in a grassroots, communal way,” they explain. “Surfing is an activity that we love and is also deeply problematic, so it was a space we felt we could make some change in.”

Because of surfing’s association with white men, it’s often forgotten that the sport is rooted in indigenous culture, originating from 12th century Polynesia before making its way to Hawaii. People of color have always been an integral part of surfing, but films like Endless Summer and other media portrayals have often white-washed the community and painted it as an exclusive activity. By creating a safe space for POC and the queer community, Cappetta and Hudes “hope [Benny’s Club] shows people that it’s possible to change the culture.” 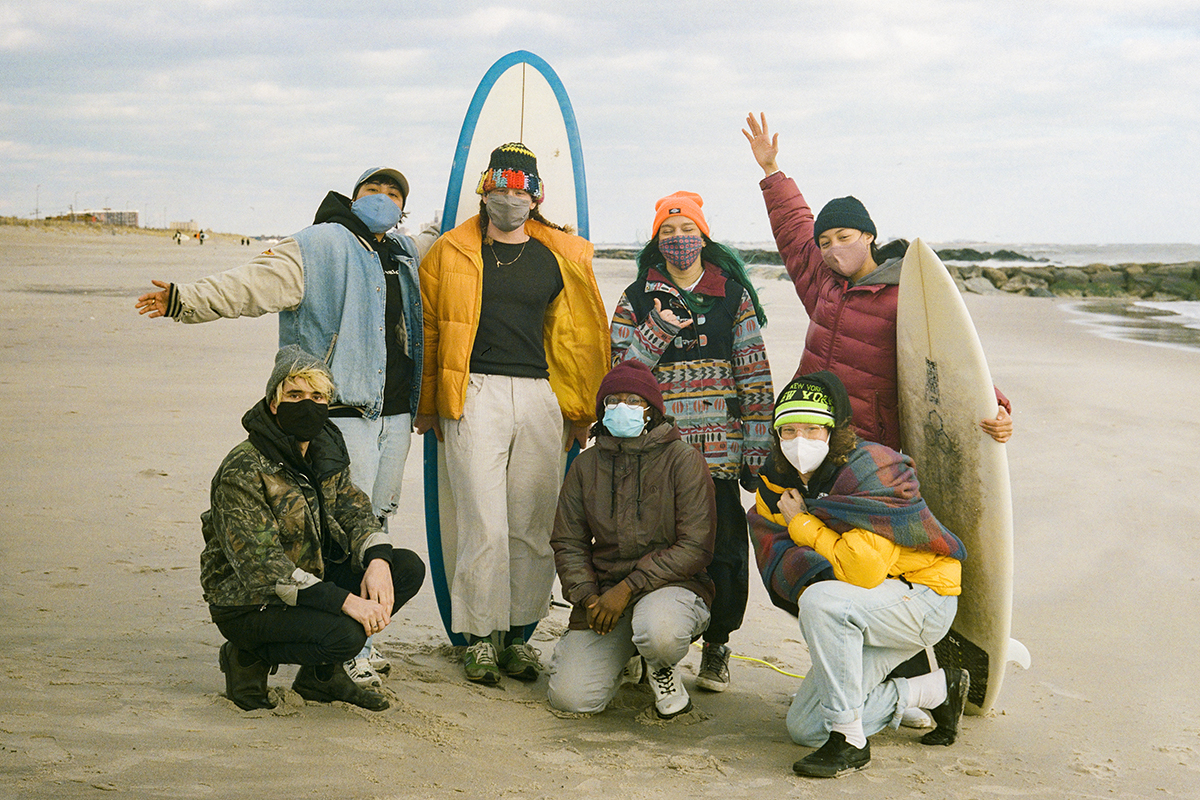 The group surfs just off Rockaway Beach, New York. They describe the atmosphere of their meet-ups “like the fabric of the city itself: people from all over the city and the world, coming from so many different cultures who do all kinds of different things, super dedicated to whatever they love to do.” It’s that same passion that makes the club close-knit, while still being open to all.

This summer, Benny’s Club plans to host beach meetups on a weekly basis. Through the pandemic, the group has had the opportunity to do a few paddle outs and beach clean ups and hope to do more as the world begins to reopen again. They will be posting about upcoming surf lessons, film screenings and conversations about justice on their Instagram.

Benny’s Club wants to change the tone of the water to be more generous and joyful. “We surf to connect our bodies to our feelings in nature, to experience joy. Our hope is that we can build a surf culture which helps us do that as a community.”