Apparently, Boris Johnson and his fellow cabinet ministers are unaware that the creative sector produces more revenue than the aerospace, automotive, life sciences, and oil and gas industries put together. If they do, one can only assume that a severe case of amnesia temporarily overtook them, because the latest campaign released by the British government reads like a satirical take on the right’s historic disregard for the arts.

The campaign sees ballet dancer “Fatima” tying up her champagne pink pointe slippers, accompanied by the caption: “Fatima’s next job could be in cyber. She just doesn’t know it yet. Rethink. Reskill. Reboot.” 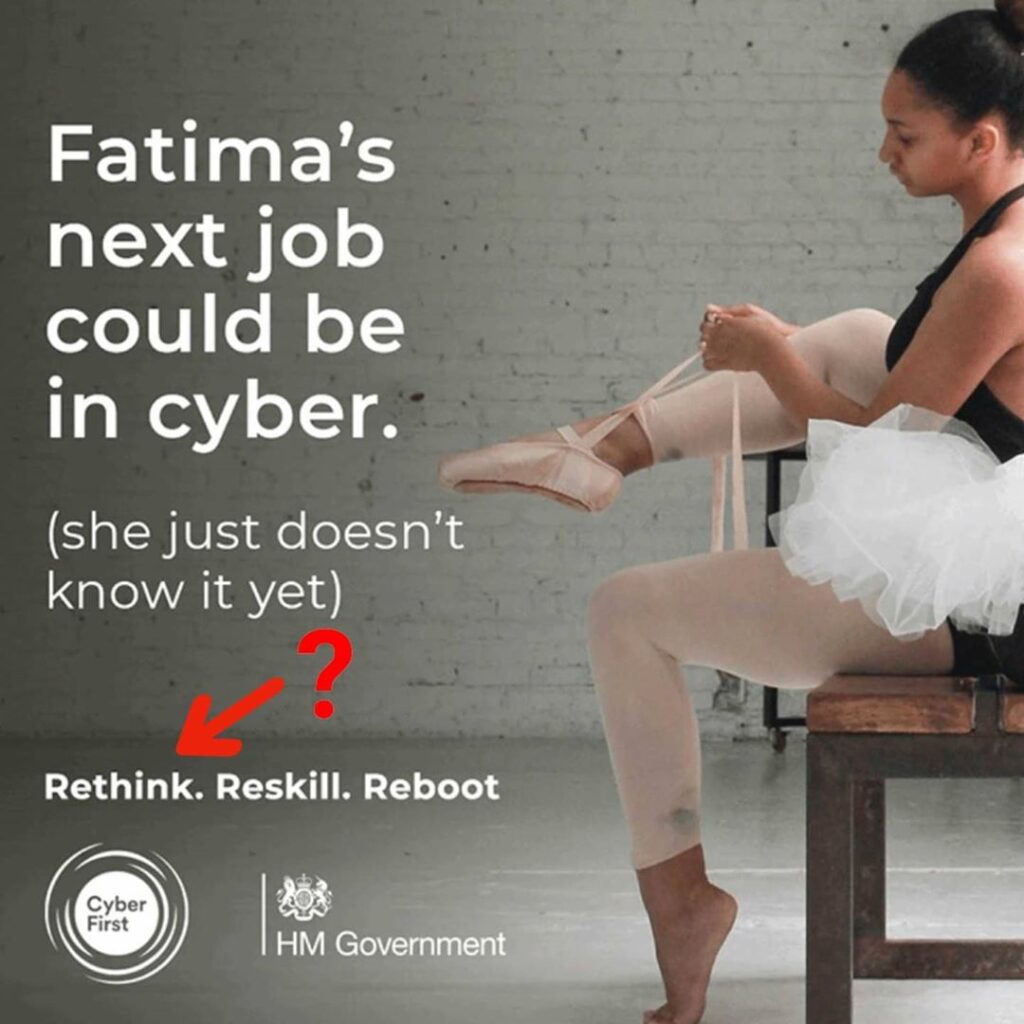 The ad was greeted by condemnation from a myriad of government professionals, who employed (no pun intended) the Twittersphere to express their distaste for the “crass” campaign.

The more cutting, (and entertaining) rebukes, however, came at the hands of Instagram’s reigning meme lords, who reworked the campaign to read the likes of “Rishi’s next job could be in baggage handling, he just doesn’t know it yet,” with Sunak holding a brief case, and a photo of Dominic Cummings alongside caption “Dom’s next job could be castle tour guide,” a visceral reference to the prime minister’s chief adviser’s flouting of coronavirus restrictions to visit a castle amidst national lockdown.

Although the government was quick to apologize, one can’t help but note what an apt metaphor this campaign was for the right’s long-standing dismissal of and condescension toward the creative industries, a problematic dogma that can be traced back to well before the COVID-19 era and well beyond the U.K.

Now, however, seems like an especially ill-judged time to condemn the arts. People are home streaming more film and television than ever, listening to podcasts and the radio, and even exploring the myriad of inventive ways creatives have found to share their work digitally. There has never been a greater need for “content,” and surely endless scrolling doesn’t hold a candle to content in the form of the arts. I guess as long as 9-5 less citizens are asking for help, they don’t particularly care.

Since the onset of the pandemic, limited support has been offered to those in creative fields, a mode of work that has likely been the most calamitously affected. While pubs and restaurants were re-opened and reaped the benefits of the government’s ‘Eat Out To Help Out’ scheme, the doors of theaters have remained shuttered, hiring freezes were invoked at creative publication houses, and minimal support has been offered to freelance workers.

Whether intended or not, it appears as though the British government is utilizing COVID-19 to obliterate the arts entirely, encouraging us wishy washy creative types to hop on the mill of corporate capitalism. Cyber it is!