HOW THE DEAF COMMUNITY IS RECLAIMING THE NARRATIVE

DEAFMETAL® is empowering the hard of hearing to be bold.

Self-expression is powerful, especially to those who sometimes feel they need to hide who they are due to a disability. Some in the deaf community, physically marginalized by their hearing aids, or cochlear implants, are taking steps to reclaim their identity, such as DEAFMETAL® designer Jenni Ahtiainen who creates jewelry that emphasizes the person over their evident disability.

The World Health Organization estimates that about 6 percent of the world’s population experiences a form of hearing loss. While navigating a disability, the deaf community also faces stigmatization. Scholars have studied the way in which the group is othered due to their use of sign language and distinct cochlear devices around their ears. It’s not surprising for stigmatized groups to hide, rather than embrace their differences, and attempt to align with the norm.

Based in Finland, Jenni Ahtiainen developed hearing difficulties back in 2018 while working as a designer. Feeling immediate shock, the designer turned to magazines for inspiration. She saw that the blind community could find glasses to suit their identity, but the deaf community was stuck with a medical device that didn’t have much room for personal style. “You can’t see a single picture of Hard of Hearing people in any lifestyle fashion or beauty magazine,” Ahtiainen wrote in an email to Mission. She turned her shock into inspiration and launched her award-winning brand, DEAFMETAL® in 2018 to bridge identity and disability. 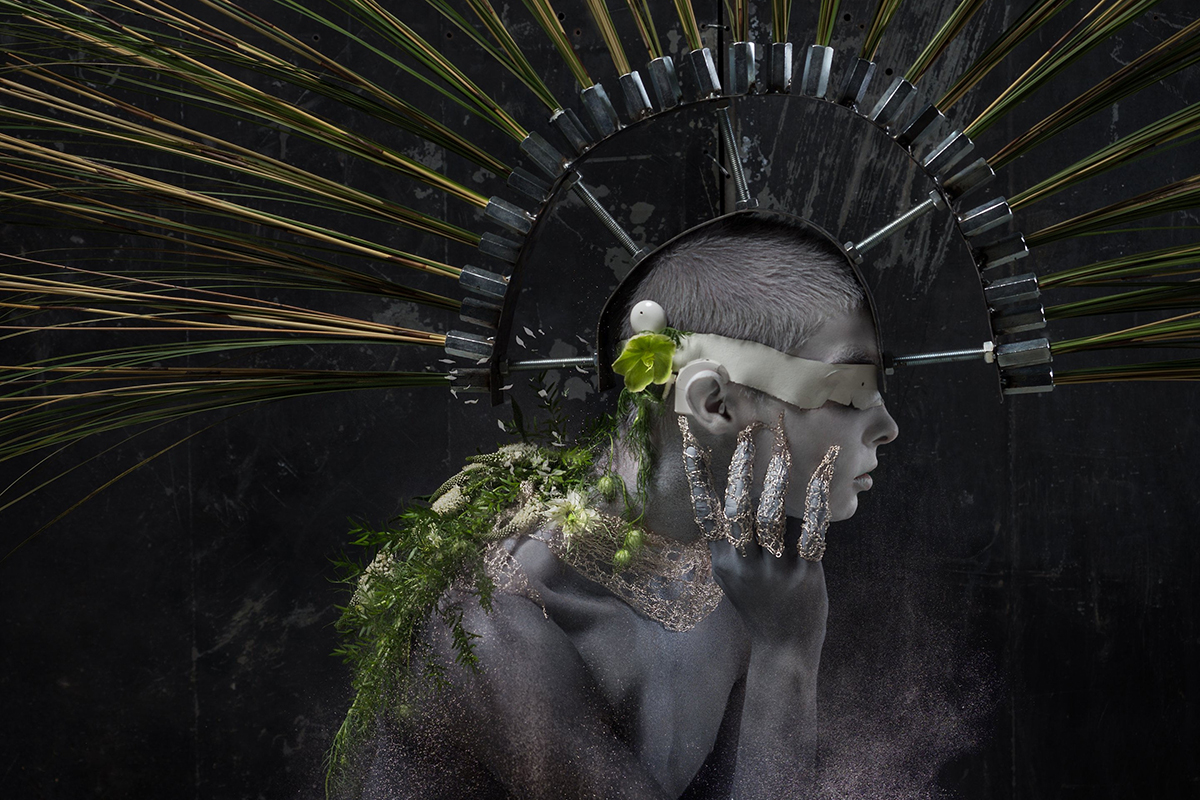 The world of fashion and luxury inspires many to go against conventions, yet the industry has largely pushed aside conversation on disabilities, furthering the community’s lack of accessibility. However, Mission‘s third issue cover star Chella Man, a deaf activist and artist, recently took to Vogue to discuss his ear cuff collaboration with Private Policy. When popular fashion media creates more space to represent those who differ from the norm, it combats that otherness.

DEAFMETAL®’s top priority is accessibility and empowerment. “We also publish fine art pictures and beauty shoots with authentic hard of hearing people and try our best to spread them in the fashion and beauty world. This way, we are making hearing problems more visual and common. There’s still a lot to be done,” explained Ahtiainen.

Taking control of the narrative is paramount for a community left with little control of their perception. DEAFMETAL® sells a variety of shapes and designs to cater to different styles. The brand’s accessories can turn the standard medical device into an opportunity for individuality. “One girl from the U.S. even shaved her hair off because she felt herself for the first time with my jewelry on her aids,” expressed Ahtiainen.