HOW JEWELRY TITAN ELSA PERETTI DESIGNED A WAY OF LIFE

Following her passing this month, the model-turned-designer leaves a sizable influence in her wake.

On March 18, Elsa Peretti passed away at 80 years old. Born in Florence in 1940, the jewelry designer was hugely influential in the current image of Tiffany & Co., but she was also famed for her restoration of the historical Spanish town of Sant Martí Vell, and exemplified much of ’70s glamor through her association with the designer Halston.

While Peretti rose to fame through her jewelry designs, she was guided by eclecticism and authenticity throughout all her work. From her early days as a model (and member of the infamous Halstonettes) romping around Studio 54 to her illustrious career as a jewelry designer, Peretti’s life was infused with a sense of joy and genuineness. “The relationships she created defined her,” said Tiffany & Co. in a statement following Ms. Peretti’s passing this month. “Elsa was not only a designer but a way of life.”

Her explorative nature revealed itself after her entry at Tiffany in 1974, where she popularized the use of silver, which was seen as “fun” and “contemporary” in contrast to the typical gold jewelry stylings of the day. She designed over 30 collections at Tiffany, introducing a young and modern edge to the jewelry giant, drawing on the craftsmanship of jewelry designers from across the globe. She quickly became known as a promising name in the jewelry field, employing a fresh sense of dynamicity to the mainstay company. She introduced a roster of new materials and stones to the Tiffany collection, including jade, lacquer, and rattan, and produced abstract and expressive collections including Bean, Mesh, Bone, and Zodiac. “Over the past nearly 50 years, Elsa has created some of the most innovative jewelry and object designs in the world. Elsa explored nature with the acumen of a scientist and the vision of a sculptor,” Tiffany stated. 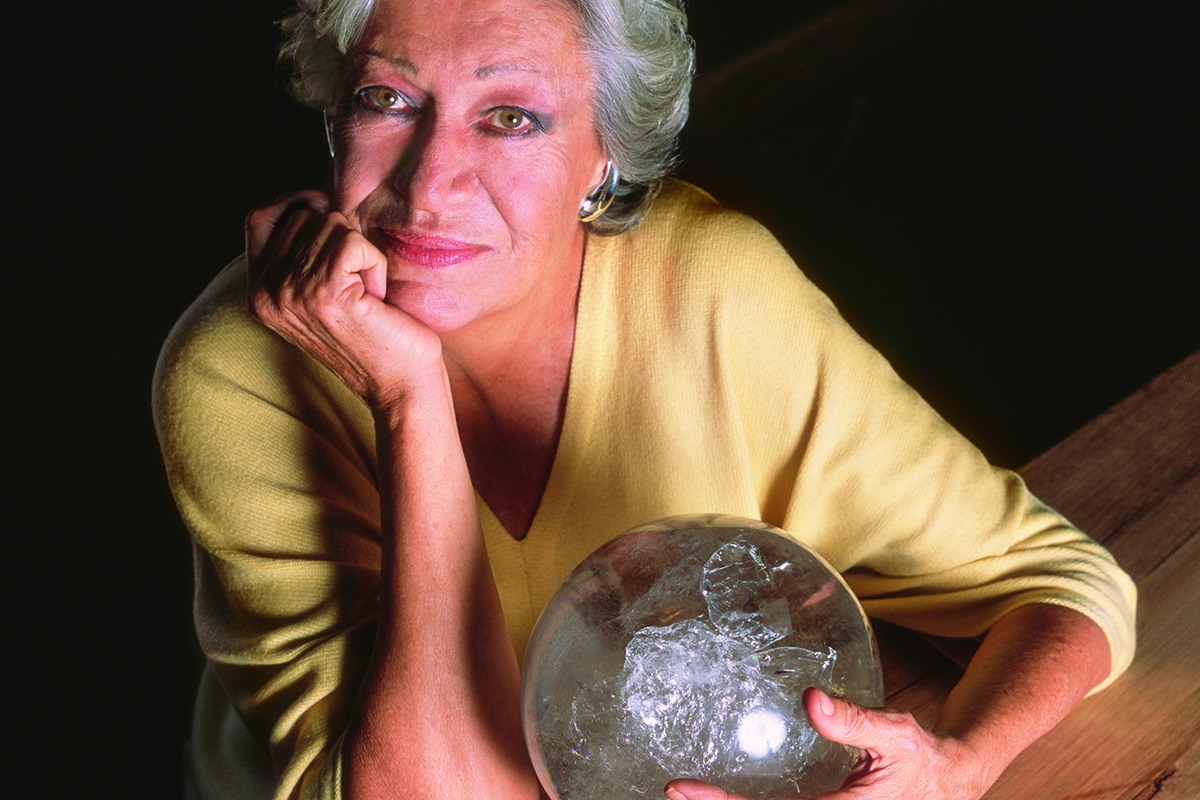 Throughout her time transforming the jewelry game, Ms. Peretti undertook a second passion project: restoring the historical Spanish town of Sant Martí Vell, starting with her own mustard-yellow villa, which she had purchased in 1968. By the 1980s, the once decrepit house and village had become Peretti’s preferred locale and even served as inspiration for her designs. Once the designer had made her mark on the jewelry industry over her 20-year career, she set her sights on the town’s full restoration, which the New York Times referred to as “her own private village.”

Peretti continued to purchase and restore surrounding buildings in the village, excavating and reconstructing historic structures and monuments in the town, including Església de Sant Martí Vell, the parochial church of Sant Martí Vell, as well as the restoration of the town’s historical documents dating back to the 1600s. Peretti encouraged local artists such as guitarist Michael Laucke and painter-sculptor Robert Llimós to make use of the village, helping to transform the small town into a center of cultural innovation.

In 2013, Peretti became the first non-Catalan person to be awarded the National Culture Award by the National Council for Culture and the Arts, which is telling not only of the work she dedicated to Sant Martí Vell, but of who she was as a creative. Elsa Peretti looked at the world as a place of opportunity, whether it be to revolutionize the jewelry industry or adopt the responsibility of restoring a whole city. Peretti carried with her a desire to give and create, for which she was recognized throughout her life’s many endeavours. As she once famously said, “We could do so much better. I’m trying to do something good.”