Over the last half-decade, memes have become a key part – if not the most prominent aspect – of the digital sphere, utilized by individuals, politicians, corporations, and magazines alike.

The anecdote goes that, in the future, Gens Y and Z will be characterized by three things: vaping, wokeness, and memes. However, vaping has been almost obliterated at the hands of modern science, and the word ‘woke’ has already been deemed outdated, while memes continue to grow in popularity and circulation.

Although the word ‘meme’ was coined centuries ago to delineate how ideas replicate and mutate, the internet meme of the modern age – loosely defined as “an image, video, piece of text, etc., typically humorous in nature, that is copied and spread rapidly by internet users, often with slight variations” – has taken social media by storm over the last decade, gaining increasing prominence over the last three years or so.

As a niche concept that originated on platforms like Ebaum’s World and 4chan, and eventually finding a place on mainstream platforms like Facebook, memes were stereotypically believed to be created by sad men in their parents’ basements, a red flag on a potential date. Over the last half-decade, however, memes have become a key part – if not the most prominent aspect – of the digital sphere, utilized by individuals, corporations, and magazines alike. Their humorous nature has even been blithely credited with saving people – particularly high school students – from depression. 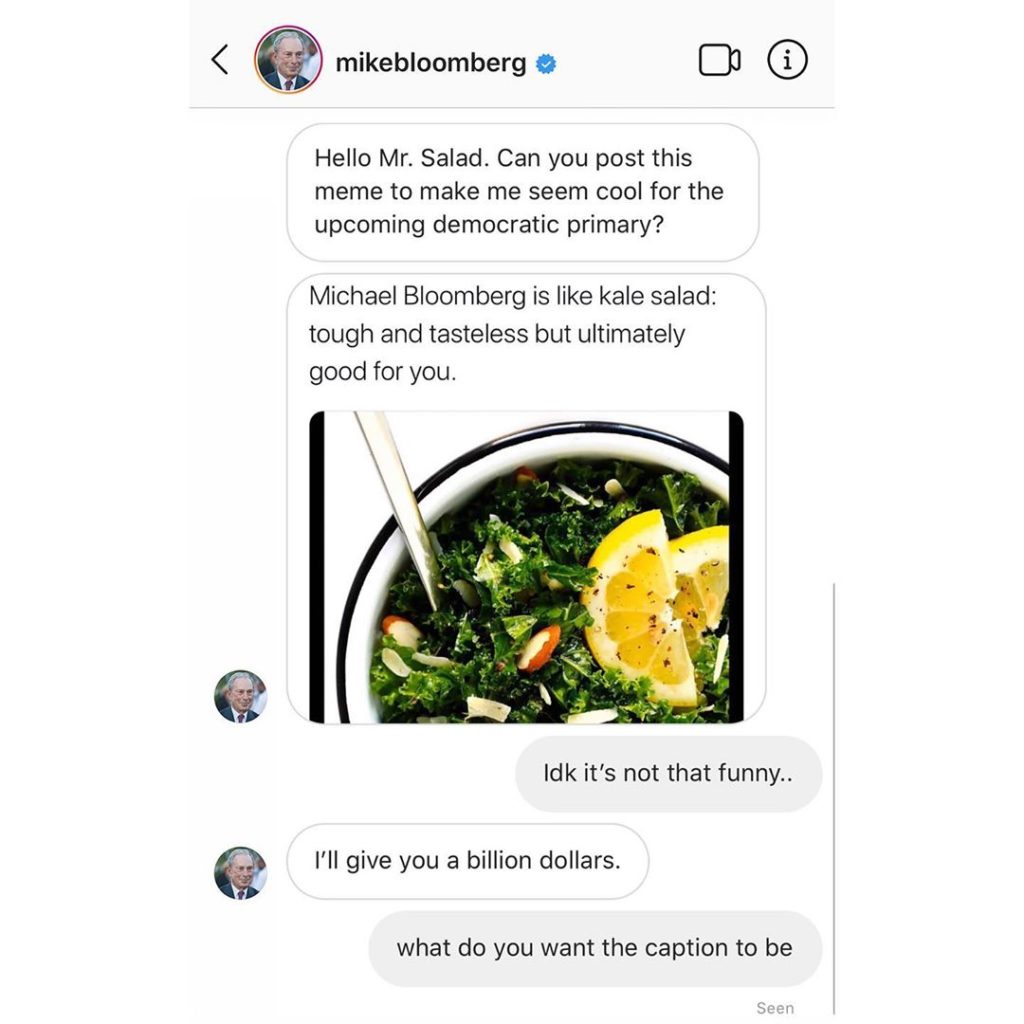 It is only of late, however, that ‘memes’ and ‘wokeness’ (or whatever synonym for social consciousness is currently en vogue) have joined forces, culminating in the emergence of meme accounts dedicated to politics – more commonly, radical leftist ideology, which launch witty, often acerbic attacks on capitalism. Said accounts’ conservative counterparts also exist, albeit on a reduced scale.

Often created by millennials dissatisfied with the current political climate, the accounts (which include the likes of @punkletariat, @summerbreezebedard, @marxist.hypebeast, and @memesturbationation), have collectively amassed hundreds of thousands of followers by humorously pushing a ‘radical’ socialist agenda.

The memes include an image of a man copying a woman’s homework; his paper overlaid with “The Communist Manifesto” and her’s with “Dolly Parton’s 9 to 5,” and a screenshot of a tweet reading “you treat the janitor with the same respect as the CEO,” with the response “C’mon dude I’m not gonna guillotine the janitor.” In this sense, memes are not dissimilar to the political cartoons that appear in the New Yorker and Britain’s Private Eye, likely with an even wider dissemination.

The role memes played in the minds of the young voter demographic (Bernie Sanders became a popular fixture), became so powerful that former presidential hopeful, Michael Bloomberg, (who, as the owner of Bloomberg News was likely overtly aware of the craze’s omnipresence) paid innumerable popular Instagram meme accounts to share and create content pertaining to his persona and presidential run.

In addition to their unprecedented ubiquity in the political landscape, memes have ironically become fundamental in keeping the wheels of capitalism turning. Not only have the creators/dissipators of memes been able to earn an income from them, but memes have come to play a key role in brand marketing, as seen on Instagram accounts @netflixisajoke (run by Netflix) and @fentybeauty. This form of marketing tends to feel more organic and humorous than traditional advertisements, and is likely easier and cheaper to commission; all that’s needed is a person on the end of the line with remotely good technical skills and a sense of humor.

Even seasoned publications, from American women’s digital platform Man Repeller to British American magazine Paper have begun filling their feeds with memes, with the latter going as far as to often forgo the magazine’s original content.

In all, it can perhaps be surmised that memes’ prevalence in our political and social climates is not diminishing. They have taken up some of the space previously occupied by Instagram models perpetuating often problematic beauty standards, largely diminished celebrities’ command of the platform, and while being informative, offer levity regarding society’s most crippling injustices. In addition, memes foster the ability to counteract the elitist, biased nature of mainstream media and its intellectual, sensationalist lexicon, allowing for a more digestible means of information spreading. It appears as though, for the foreseeable future at least, memes will reign supreme.