WHY JOSHUA RUSH ADVOCATES FOR THE LGBTQIA+ COMMUNITY

To kick off Pride Month, we revisit our interview with Joshua Rush, the first actor to play a gay character on Disney, from Mission‘s LGBTQ issue.

Joshua Rush is an utter inspiration. Playing the first gay character in a Disney Channel series, he lifted and served as representation for a community he is a part of, coming out as bi last year. But don’t let the fresh face of this 18-year-old fool you: He is also quite the advocate, focusing on politics and the most important issue of our time, climate change. It’s not just about TV presidents for him, it’s a whole lot more.

Originally from Houston, Texas, he received unerring support from his parents, who owned an ad agency, in following his dreams. “I always loved being in front of the camera. My parents took note—they got me an agent and acting coach in Houston. Eventually, my coach said I should go and audition in LA.” This led to the whole family moving to LA to help his fledgling career take off. “We went for a little three-month trip and the three-month trip was extended. Then we bought a house and now we’ve been in LA for 11 years.”

Once there, Rush secured many roles, including stints on Heroes and Chuck, before landing the Disney Channel’s Andi Mack. Playing Cyrus Goodman for two years, he was the first openly gay teen character for the network. The effects of this rippled into US teen culture, providing the first source of queer teen representation on a major network. On the effects he’s seen since, Rush says, “I was walking around LA Live with a couple of friends and this person came up to me, and she said, ‘I came out and realized my sexuality because of you.’”

Andi Mack finished mid-2019, leaving Rush to focus on his advocacy work, although he was able to do both before then. During his time on the show, he ran News in a Rush, a weekly breakdown of current affairs for a younger demographic, broadcast via Instagram. It was trailblazing in its format, covering topics ranging from what was happening in US politics to the Israeli-Palestinian conflict. “With News in a Rush, I’ve always had this feeling and the ideology that, when you give young people the facts and an opportunity to have the news broken down for them in a way that they understand and a way that they can think about in a real, concrete way, they are going to come to their own conclusions,” he says. “I know that kids are smarter than a puppet telling them not to do drugs.”

During this time, though, he faced a lot of turmoil. “I went through a lot in those days—I stopped News in a Rush, my parents were divorcing. My show was also ending. I think there’s a certain disingenuousness that I pushed out on social media of, ‘Everything is fine.’ Everything was not fine.”

Rush now dedicates much of his time to political awareness and advocacy for climate change. His political engagement started with a work placement last summer with two senators on Capitol Hill, focusing on communications and international affairs. He’s well versed enough in the grass roots of politics to provide commentary on both past and present issues. 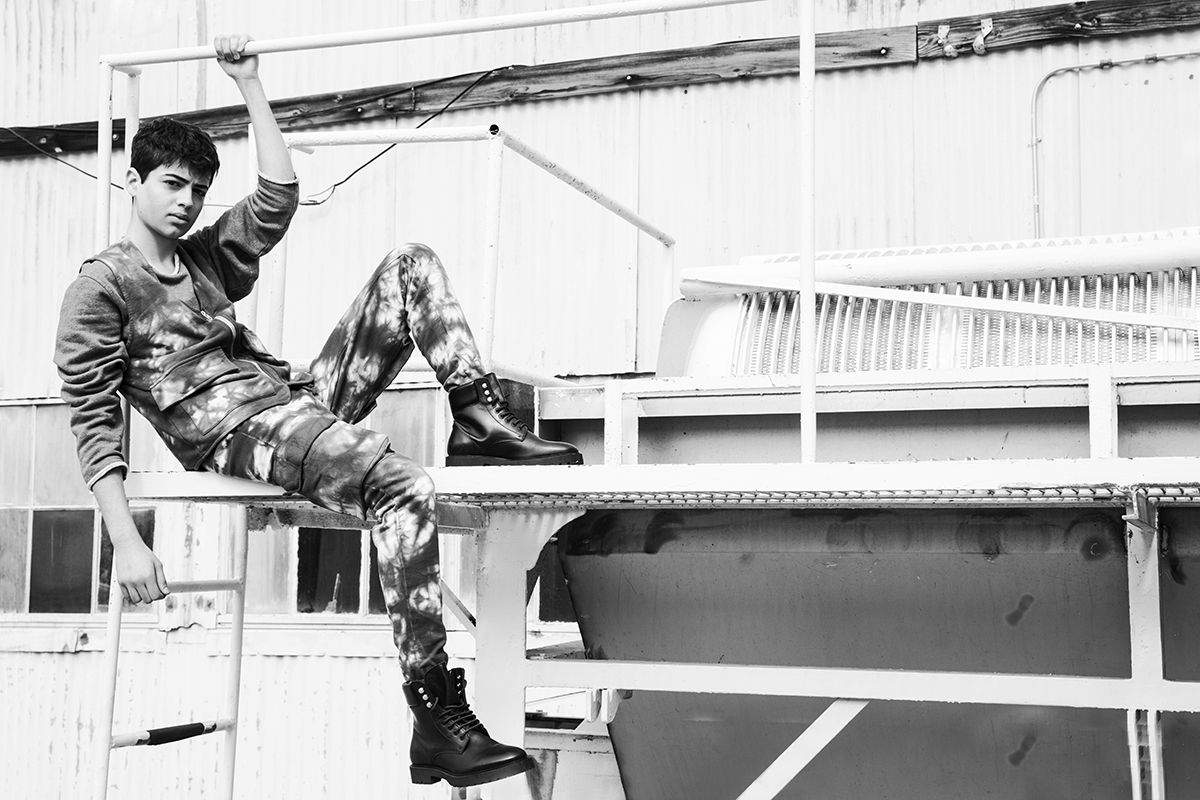 Arguably, this has contributed to his stance on capitalism versus climate change. After all, it’s the current financial model in the West as well as being capitalism’s greatest failure, and lack of government sanctions on business are directly driving climate change. “Looking at capitalism as the root cause of the climate crisis is just a matter of drawing logical lines,” says Rush. “By now, everyone can at least agree on the basic fact that man-made emissions are the cause of climate change. You can also trace it back to just 100 companies that are responsible for 70% of global emissions. So then it just becomes the question of what policy failure has led to this uncontrolled and disproportionate share of corporations accounting for so many emissions? It led to great economies on paper, and massive wealth disparity and the climate crisis in practice,”

Advocacy and issues surrounding climate change are unmistakably Rush’s current raison d’être. “I’ve been really proud to stand in solidarity alongside the youth climate strike movements in the US and abroad,” he tells me. “There are some incredibly smart young people in that movement who drew these conclusions long before I did and are doing incredible actions against these emitters and encouraging divestment from polluters. But we’re going to need to bring everyone into the fold of the movement. That’s going to mean radical political and economic action to stop the climate crisis. We’re most likely only 10 years from the point of no return.”

Also part of his focus and concern is how the current administration’s rhetoric is driving bigotry throughout the US, and how LGBTQ+ communities are at the mercy of this. For example, last year’s murder rates of trans POC in the country were some of the highest on record. There is a clear correlation between public government bigotry, a rampant rise of hate crimes and reversal of social acceptance. This, Rush feels, will only change with systemic governmental change. “I think you have hit the nail on the head. There is a reversing of social awareness and social acceptance in the US. The best thing that we can do now is focus on ensuring [Trump] is not re-elected to office again. And that starts with having a candidate people are able to be excited about.”

What does this mean in practice? It’s acknowledging the rapidly increasing importance of the youth vote, not just for candidates, but within the voter demographic itself. “I think there’s been nothing better to energize the young people on the left wing to vote than the election of Donald Trump. Between Millennials and Gen Z, we are going to be the largest voting demographic. The Baby Boomers are no longer going to be the largest. That means that if we turn out, we will be able to elect somebody who is not Donald Trump. But we need to turn out.”

Rush has a busy year coming up. In addition to acting, he is driving the youth voice for political awareness among his demographic and taking action via his platform. Striving for change within the foundations of Western society and ideals will take us a step closer to saving the planet and improving life for all of us.