A CAREER IN REVIEW

When news broke on the morning of July 27 that legendary fashion designer Kansai Yamamoto had passed away, it called for an in-depth revision of his life as a creative mainstay.

Propagator of countless aesthetics and wearer of many hats, Yamamoto (not to be confused with avant-garde mastermind Yohji Yamamoto, of similar status) is often left out of what we consider to be the ‘Big 3’ of Japanese fashion (Rei Kawakubo, Issey Miyake, Yohji Yamamoto). While talented Japanese designers are not few and far between (see Jun Takahashi, Junya Watanabe, Hiroshi Fujiwara), the Big 3 are revered for pioneering the early avant-garde yet utilitarian fashion movement that has become a token of Japanese luxury. Each designer locking into a different concentration – Yohji covering utilitarian workwear, Issey Miyake largely tapping into technology-driven accessories and a namesake lines of pleats and Rei Kawakubo delving into the avant-garde and genderbending world of Comme des Garçons – they laid the foundation for what was to come. 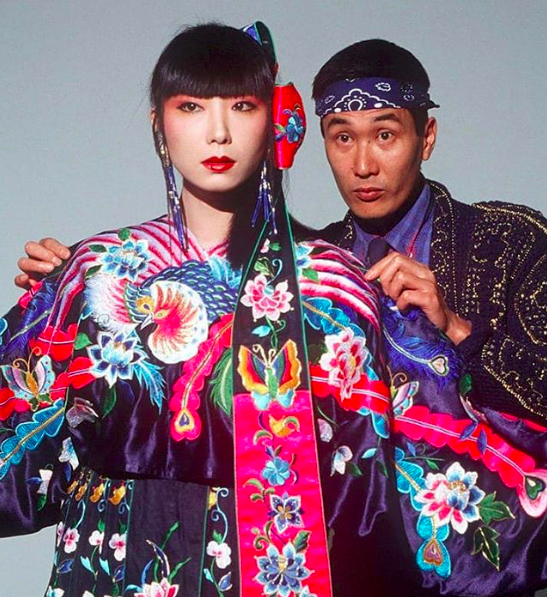 However, in the wings of the great Japanese fashion dance was none other than Kansai Yamamoto, designer and couturier extraordinaire. Yamamoto’s designs, which were most famously worn by the likes of David Bowie (and his sub-identity Ziggy Stardust), are far beyond what is stereotypically considered ‘Japanese fashion.’ More so performance pieces than anything, Kansai Yamamoto’s designs occupied the secret fourth base of the Japanese fashion circle. Often playing on typical Japanese cultural fair, such as the Geisha uniform and historical Japanese imagery, Yamamoto’s creations explode with color, pattern, and historical and aesthetic precision.

As the designer explained to Kunika Miyanaga, author of the 1993 book The Creative Crackly Edge: Emerging Individualism in Japan, “Design is self-realization.” Yamamoto’s designs did not succumb to the gothic-pressure of 1970s Japanese fashion, instead allowing the clothes to do the talking. The designer made clothes for people, and was a famous proponent of gender-fluid dressing, which becomes clear to spectators after digesting the initial awe his designs spark. Kansai refused to designate one single gender as the wearer of a structural sequined pantsuit or a rainbow shawl of multicolor cords. He was beyond his time, and beyond the binary. 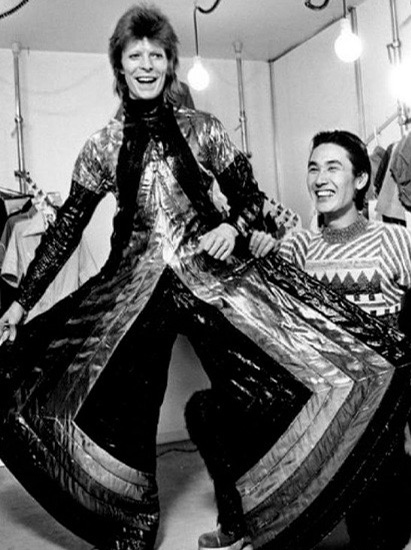 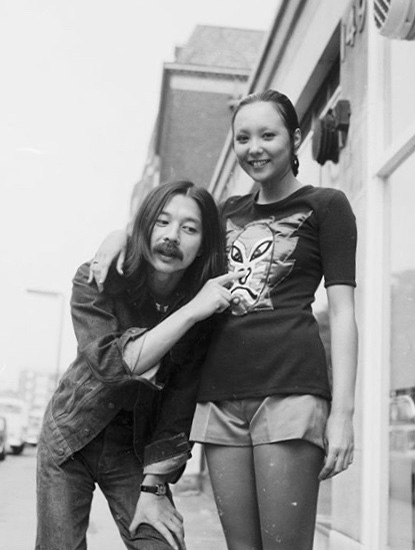 Kansai Yamamoto is beyond the bounds of classification. Most telling of this is his aptly-titled sportswear brand Up To You. Not necessarily in the same vein as his typical gender-bending silhouette foofaraw, Up To You is relaxed sportswear, similar to the Issey Miyake/Tsumori Chisato composite that is iS, or the Yohji Yamamoto sub-brand Y’s For Living. Up To You is more than just another hat on the head of the already-hatted designer; it sums up everything he represents. He didn’t follow a playbook – he took his time with the ride and thus created some of the most respected art that the fashion world has ever been afforded. From gender-fluid couture historical to a mid-career hiatus from which he returned with a bang, Kansai Yamamoto’s illustrious career in fashion proves that, at the end of the day, it really is up to you.