O’Herlihy’s passion for photography intensified, and saw her coalescing her friends after school for impromptu photoshoots, a hobby which spawned a rapid rise to eminence.
By Juno Kelly.

Alana O’Herlihy is vehemently against the idea that a muse is an outdated (occasionally sexist) concept. Maybe that’s to be expected when, at just 24, one’s muses are some of the biggest supermodels of the modern age.

O’Herlihy, who attended Malibu High School with the Hadid sisters, cites Bella as one of her muses, but informs me that whom she garners inspiration from is constantly fluctuating. “I don’t think the concept of a muse is outdated. I have had many a muse, including myself. I think a muse is a subject that inspires, for me those subjects have mostly been people that I have a close relationship with outside of the lens,” she explains. O’Herlihy has not only served as her own muse in terms of stimulus but, because of the autobiographical nature of her work, is often its subject. In her self-portraits, she takes on countless characters that play upon an unexplored aspect of her selfhood; in some she’s strewn in glitter, in others, she dons an orange ‘70s wig, set alight by a phallic-shaped vermillion candle.

Alana classes herself not just as a photographer, but as a multimedia artist, and anyone who’s seen her work would attest to just that. Her Instagram account (which serves as a portfolio-come-mood board that if closely analyzed, reveals each stage of her process) demonstrates that the photographs themselves are just her starting point, which she later parlays into abstracted, often heavily edited, collaged, or otherwise manipulated pieces of art that capture something a mere portrait habitually could not. 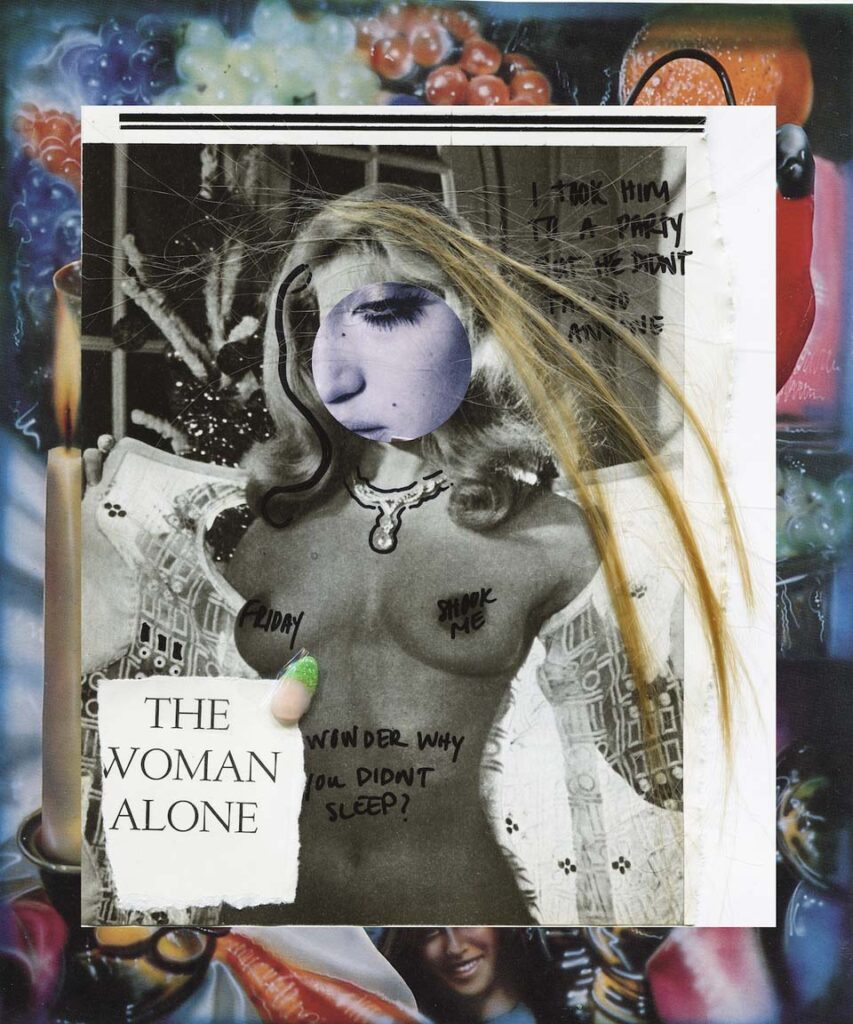 I call Alana at her ‘box’ apartment, a walk-up in New York City, the creative hub which she now calls home. On the phone, O’Herlihy is genial and open, with a soft American accent that exhibits none of the distinctive LA-twang that has become synonymous with reality TV. She tells me that since she can remember, photography was something she’s had a proclivity for: “When I was in kindergarten, we had to fill out something that was like, ‘when I’m older I want to be…,’ and I said I wanted to be an artist.” In her teen years, galvanized by a desire to capture moments that she didn’t want to pass her by, O’Herlihy’s passion for photography intensified and saw her coalescing her friends after school for impromptu photoshoots, a hobby which spawned a rapid rise to eminence.

O’Herlihy was the creative behind the lens of Mission’s latest issue’s cover, a candid portrait that depicts actor and activist Amandla Stenberg, almost unrecognizable, all attitude, box braids, and spider lashes – a goal that was a precisely Alana’s intent. “I wanted to show her in a light she’s not been shown in before,” she says. 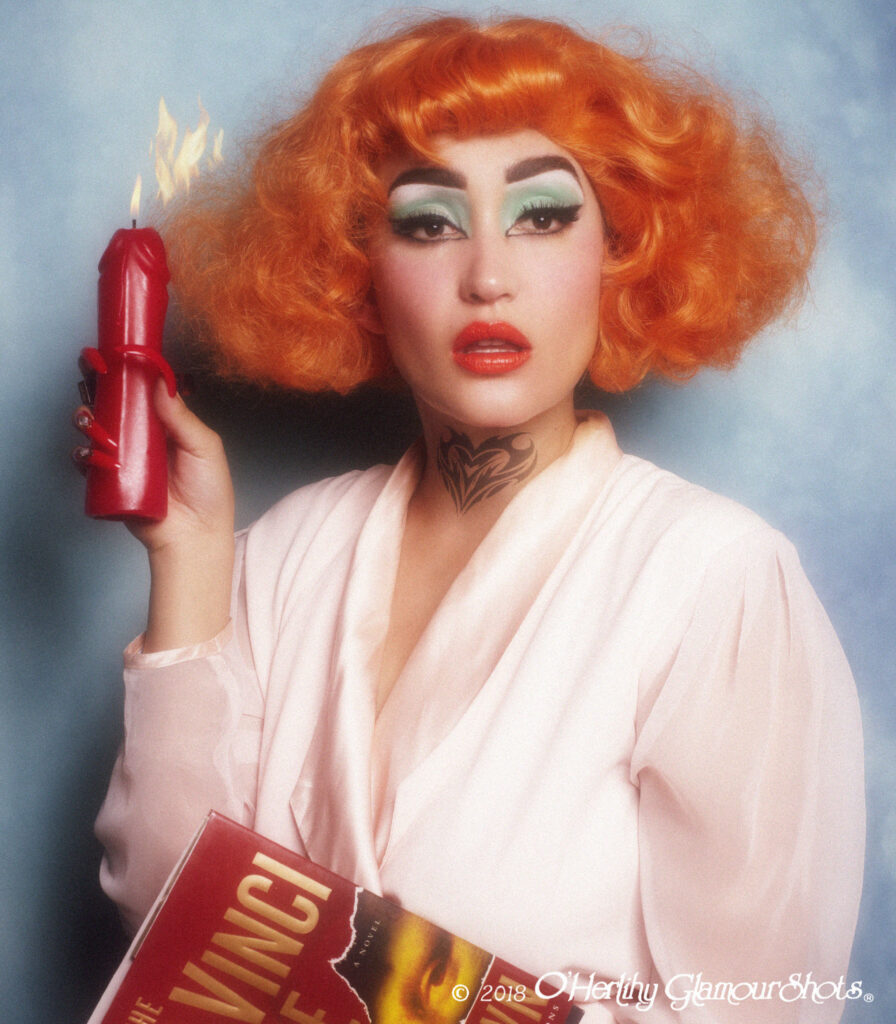 In keeping with her penchant for stylistic character work, O’Herlihy says she’s more creatively stimulated by the works of film directors than she is conventional photographers. What piece would her work be inherently different without, I ask? “The Shining,” she answers without hesitation, a choice that makes sense considering the absurdist Lynchian/Kubrick-esque nature of her work. “My work would be very different had I not seen The Shining.” In line with her cinematic style, the majority of her shoots feature models (or herself) taking on characters. “Muses for me are always able to change into whatever character I present them with,” O’Herlihy says. On account of this, I remark that she serves as more of a director than a traditional photographer. “Thank you!” she gushes, clearly viewing director status as the highest possible acclaim.

Although Alana has found widespread success at the tender age of 24, shooting campaigns for the likes of Alexander Wang, MAC, and Helmut Lang, she does not consider herself immune to the hurdles facing the creative industry, not least of which she identifies as “having to deliver on an idea or message within the idea or perimeters of a small attention span,” and the resulting “constant need for content, which can sometimes hinder the quality of work.” 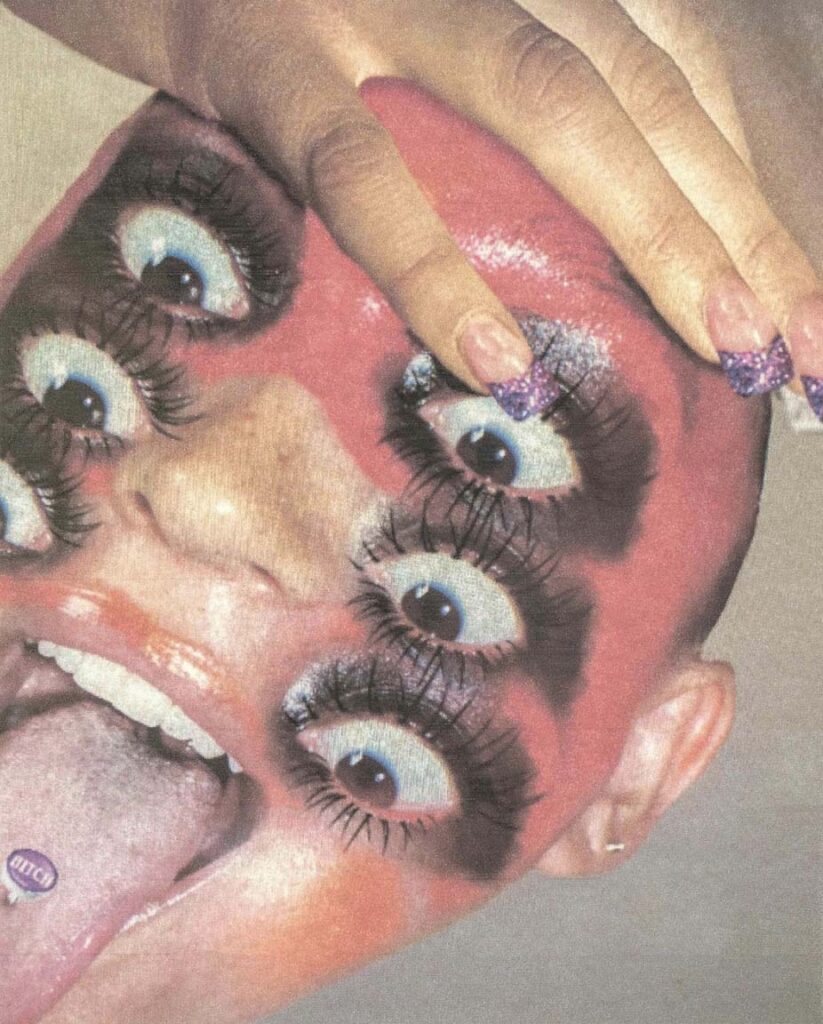 At the moment, akin to the rest of us, O’Herlihy is “just trying to get through this time.” For the artist, this consists of creating work that serves a means of escapism for those who happen upon it. Alana is, however, taking tangible steps to contribute to the Black Lives Matter movement, having auctioned off one of her works for an anti-racism print sale. In addition, the photographer advocates for the centering of people of color: “We can work to showcase the right people, to look outside of our normal ‘comfort’ zone where we have swum in the past.” Like many creatives out there, O’Herlihy clearly recognizes that for all of us, it’s time to switch lanes.