HOW PINC LOUDS HELPED NEW YORK DANCE THROUGH THE PANDEMIC

The playful band believes in acceptance and the importance of community, especially in times of struggle.

Mix the NYC subway with Puerto Rico and old jazz and you’ll have Pinc Louds. Made up of musicians hailing from all over the world, the band was brought together by New York. With guitarist, vocalist and kalimba player Claudi and backup vocalist Pele hailing from Puerto Rico, upright bassist Ofer Bear from Israel, drummer Rai Mundo from Chile, and keyboard and bassist Marc Mosteirin from New York, Pinc Louds is the physical embodiment of the possibilities of New York City.

Claudi, the band’s lead, felt her calling awaited her in the tunnels of the New York subway. “Even in Manhattan, the subway stations were full of life. They are this magical place where rats and yuppies and bucket drummers and churro sellers and giant deranged opera singers all coexist even if for a few minutes at a time,” explains Claudi. “The subway tunnels are the subconscious of the city. They are where the city dreams. And like human dreams, they are where its truest self resides.” The noises of the subway even inspire the band’s sound; many of the songs feature the squeaking sounds of the subway leaving the station.

The band is hard to miss, busking across the city. Claudi can usually be found with blue makeup smeared across her eyes, wearing a floral, bright pink muumuu which she received the same night she met the original band members for the first time at a Day of the Dead party. The band usually has some kind of puppet dancing around with them, or someone in a big bear head mask. Pinc Louds is fun, they are loud, and, most importantly, they are playful. 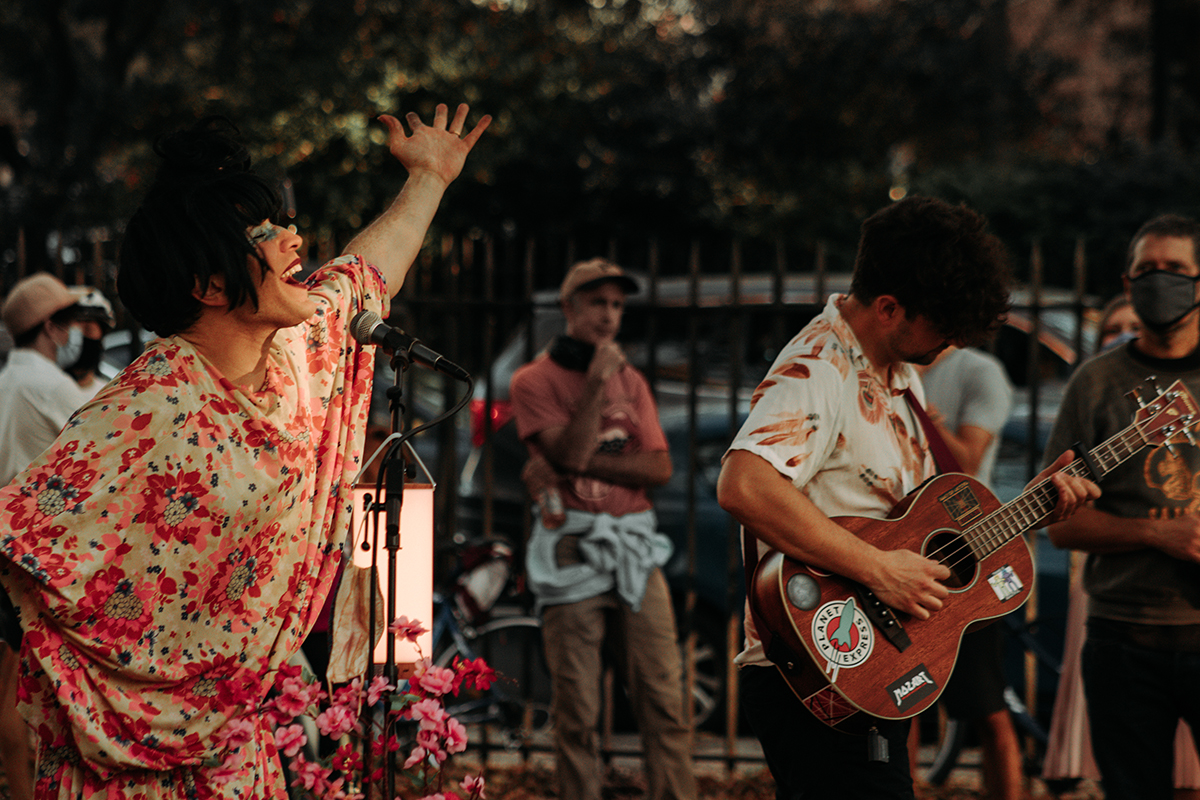 According to Claudi, playing is completely necessary for happiness. “We want people to experience this feeling that they can be their true selves (or someone else, however you want to see it),” explains Claudi. “We want people who think they can’t dance to start moving, strangely, awkwardly at first, until these awkward movements, when repeated enough times, become a pattern, and this pattern a dance. This is one reason we bring puppets and giant rats and cardboard subways to our shows. Because if everything around you is make believe, then probably so are you. And that means now you are free to be whatever makes you happy.”

After a few years of busking in the city, the pandemic hit. When New York needed happiness the most in the past year, Pinc Louds shifted their focus from the subway to the East Village’s Tompkins Square Park. The outdoor space provided a place where people could safely gather in a time when people felt very separate from one another. “Music really can close that gap,” Claudi believes. For Claudi, playing in the park “has been the singularly best thing that has happened to Pinc Louds.” The band hoped music made everyone in the park feel a little less lonely. For Claudi, she “met many amazing people, danced with them, laughed and cried, even.” The band plans to continue building this community and accepting all who come to listen. “I think people also realized how deeply we need this sense of community which was hard to get during the worst days of the pandemic. How much we need each other. If anything good came from the pandemic, it was that. Let’s continue to be grateful and act upon it,” says Claudi. 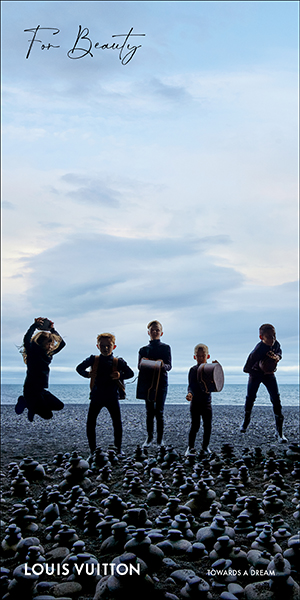