RACISM IN THE FASHION INDUSTRY

If we want to fight racism in the fashion industry, we need diversity at every level.

The inhumane treatment of Black and Brown people globally is centuries old and systemic. As recent videos of police killings are creating universal outrage, remember racism doesn’t just exist in these clips alone. It is deeply entrenched in all parts of our culture, including the fashion industry, where progress is painfully slow.

Fashion has established itself in ways that enable white supremacy, from the parameters of beauty and style being based on white European standards, to the tokenism of ethnic ambiguity, to the dismissal of Black culture’s contributions to aesthetics. But perhaps more egregious are the anti-Black hiring practices and endemic workplace biases that persist.

The industry allows very few people of color in gatekeeping, leadership, and decision-making roles, and its slow responses to racial injustice have been spotlighted in the weeks since the killing of George Floyd. The response is underwhelming at best, all too often consisting of repurposed content, spineless messaging, and virtue signalling. People of color in the fashion business know firsthand that these symbols of support are not always an honest reflection of their personal experiences. The fashion industry seems to be riding the wave of other people’s indignation.

What took so long? These past few weeks I’ve seesawed between sadness, rage, irritation, and fear.

My mother is British and my father is British-Irish-Nigerian. I have fair skin and straight hair, although I do not have European features. In a system that celebrates and upholds Eurocentric beauty standards, I recognize that I sometimes benefit from white privilege, but my African features cause some confusion for those who could (and should) behave better.

Fashion occupies a unique place in the zeitgeist. It is able to shift mindsets, create new norms, and include or exclude whole groups of people from its vision of beauty. We need more Black and Brown people at every level of the industry. If the perspectives are only coming from one culture or viewpoint, how can we be inclusive? The concept of chicness and refinement for years has been defined by a historical echo-chamber of similarity in not just skin color, but also class. 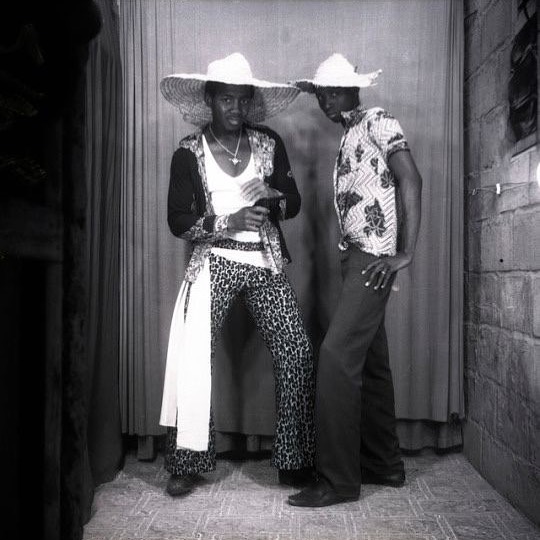 Racism is an omnipresent wider social problem, but the fashion industry is riddled with unique structural problems that make it exceptionally ill-equipped to confront exclusivity, representation, and racism. For example, take interning or entry-level jobs, where most positions are unpaid or underpaid. This often means that the only people who can afford to take these jobs – in expensive cities like London, Paris, and New York – are subsidized or independently wealthy. This financial barrier alone excludes many talented people.

It is no secret that Black culture (in all its diversity) inspires culture at large; appropriating this and passing it off as your own genius artistic idea has been happening for years. Designers and creative types have always sought inspiration from beyond their own cultural heritage. Sadly, the outcomes can often be misguided and offensive. So, while not everyone means to offend, misunderstanding can prevail. Sharing the reasoning and sources behind creative work, where there is no intent to steal, but rather show a true representation of an inspiration, enables us to explore the topic of cultural exchange in a more truthful way.

It is vital to mediate the delicate balance between cultural exchange and cultural appropriation, and this will only begin to happen when there’s genuine diversity in the fashion space.

There is a long unacknowledged history of racism in British culture, from slavery to Windrush, all swept under the rug because it makes people uncomfortable. The context of all our conversations going forward should be one of social reform where Black and Brown people get to experience true representation and opportunity, while acknowledging their histories, cultures, and realities.

If the normalization of different identities ends up being no more than surface-level change, we will continue to believe that a post-racial world is already here.

Companies need to consciously examine themselves, look at the structure and culture of their business, deal with bad practice, take complaints of discrimination seriously (not just when the internet puts them on blast), put people before profit, and change pay structures to make the industry more penetrable. Difference is negotiable, but not if we continue to ignore the problem. Only when a new model is present where Black and Brown people are represented in the hallways of power and decision will their significant and ongoing contribution to the fabrics of the fashion industry be truly honored. Then, we can start to do the hard and necessary work to disassemble and reinvent fashion’s racist system in our collective and more egalitarian image.

So with that I will say, I remain on the fence about whether all this social hype is just another fad. But I look forward with hope to a true transformation of the whole value chain, and a future that integrates and values people of all backgrounds, their ideas, and their stories without cultural or economic exploitation.