Kristina Walsh on turning an 8-week trip to London into half a decade, prosthetic legs as an extension of footwear, and how creative freedom lies within collaboration.

In the latest edition of our Sarabande Artist Series, where we explore the lives and work of the artists nurtured under the wing of the late Alexander McQueen’s foundation, we speak to alumna Kristina Walsh. Walsh creates prosthetic legs made specifically for performance, and her work is the subject of a new Sarabande exhibition titled Architecture of Autonomy. In the interview below, Walsh tells us about the intersection between art and athletics, designing with a question in mind, and the meaning of freedom.

How did you get into footwear design?

I was initially drawn to design as an athlete. Before pursuing design, I was a national-level swimmer in the U.S., so I knew there was a connection between design and movement. Footwear is a design object that impacts how we experience life – it can change the way we move – and I wanted to make work that had that kind of power. While in university in the U.S. studying Psychology and Art History, I applied to a footwear summer school course at the London College of Fashion with a few drawings, got in, and it all snowballed from there. I was offered a place on the full-time course, and in less than a year was accelerated into the Master’s degree program, where I began exploring ideas beyond “traditional” footwear. When I graduated, I continued exploring different art forms, and that original 8-week trip to London has turned into 5 years!

How has your time at Sarabande influenced or had an effect on your work today?

The other creatives in Sarabande’s studio gave me the confidence to take on artistic challenges. As multi-disciplinary artists, it was amazing to be able to share knowledge and learn from each other. Sarabande’s financial support, which came via subsided/free space also helps with making creating possible. The cost of studios, filming space, exhibition space, or camera equipment in London is unattainable for young creatives. Sarabande’s support, even since finishing my residency, has allowed me to invest in new parts of my practice while balancing finances.

The Sarabande studios seem to be ripe for collaboration. What was it like having access to other artists and designers working under the same roof as you?

You spend tons of time together, studio mates become collaborators who become friends. ROBERTS|WOOD opened up their archive and collaborated with me on the performance film for my latest project, I worked with John Alexander Skelton to launch a footwear collection for his brand, learned metal techniques from Castro Smith and Shinta Nakajima, and found solace and support in my studio neighbors. But the best part is always just catching up over late-night dinners together. 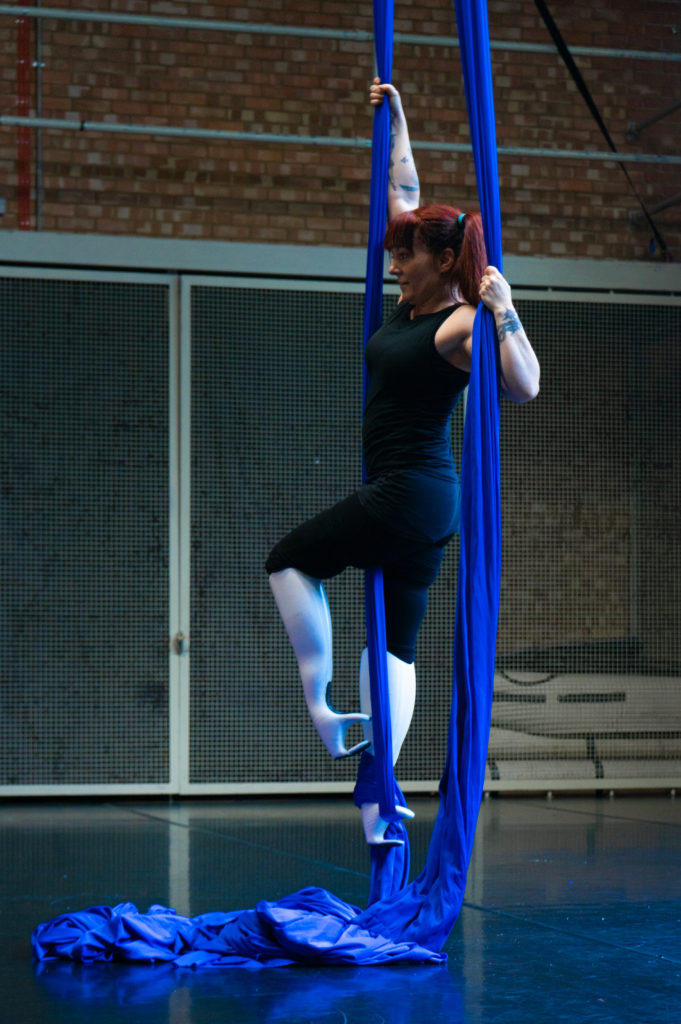 Since participating in Sarabande have you taken inspiration from the founder himself, Alexander McQueen?

Lee’s work and his legacy with Sarabande has supported so many amazing talents. I hope that with my work, I can continue collaborating with incredible artists and supporting communities through creativity.

Can you talk about your design process?

My work always starts with a question. Then it’s a matter of jumping in and creating answers. Research is my foundation – I read books, interview people, analyze data, and ask more questions, always with a pencil in hand and always drawing. Then I make scaled models of my “design answers.” It might be a piece of jewelry, a prosthetic leg, a sculpture. Whatever the idea is, I mix handcraft and 3D technologies to turn thought into form. There’s a lot of failures, sweat, and broken nails. From there, it’s all about real-life testing, working with my team, and adapting to make something great. Sometimes it takes time; I’ve worked for almost 2 years on my most recent project, but I think it’s necessary to challenge yourself as an artist and be proud of both the process and the end product.

What questions do you ask yourself when you’re designing or creating?

For my latest project, Architecture of Autonomy, I asked, “What does it mean to be free?” My intention with the work was to explore the meaning of independence and the role design plays in creating or controlling our choices. I set out trying to identify a blueprint of sorts. As a young woman, I wanted to find the building blocks needed to architect my independence. Throughout developing the designs and the creative direction for the project, I was constantly trying to provide a definitive answer. Freedom is complex, both personal and universal at the same time, and I realized the answers I was looking for were in the work itself – the process of creating and collaborating was as much a result as each outcome. The 2-year project involved a lot of talented people, including a female-led creative team making the project’s performance film. Each person’s experiences were an important piece of the wider puzzle, so I hope the work stands to show how human connection is essential for survival and that independence does not live in isolation. We find freedom in one another.

You presented at the Inaugural Disability Innovation Summit. Can you discuss your work with prosthetics?

My view of prosthetic legs is that they are footwear that goes beyond the foot. I think art and design should connect us more deeply with ourselves and others, and prosthetics have a beautiful ability to do that because they are part of someone, not only physically but also emotionally. When I’m designing a prosthetic leg, it’s an honor to get to create and collaborate on something so personal to someone. Through my prosthetic work, I’ve had the privilege to learn from engineers, doctors, and prosthetic-users at rehabilitation centers, work with global companies, like Ottobock, and collaborate with artists, including circus performer Erin Ball, to create prosthetic legs that allow for new experiences and artistic expressions.