Qiu is making a name for herself through her brightly colored clothing and unabashed print-mixing.

Since she was a child, Shuting Qiu knew she wanted to be in fashion.

With a dream and a lot of drive, she moved from her hometown in Hangzhou, China, to Antwerp, Belgium, to study fashion design at the revered Royal Academy of Fine Arts, the birthplace of big-name fashion houses like Maison Margiela and the infamous Antwerp 6. It was there that Qiu spent years learning to craft and create under Belgian designer Walter Van Beirendonck in the school’s fashion department.

In an interview in That’s Magazine, Qiu said that “I’d always been very persistent about my dream. I knew I’d regret it if I didn’t become a fashion designer.” She eventually accomplished her goal in 2017 when she completed her BA. Alongside her fellow soon-to-be-graduates, Qiu presented her final school collection at the academy’s end-of-the-year fashion show.

Her BA collection, titled She Lives In A Wonderland took inspiration from the movie The Desert Flower as well as her road-trip from Marrakesh to the Sahara Desert. The result was a striking mish-mash of hardline stripes and soft floral prints which covered layered gowns and coats, alongside sculptural crowns, which created metallic halos that extended from each model’s head. According to Qiu, She Lives In A Wonderland “illustrates a confident and strong woman with a gentle and romantic side,” a theme that has continued to run through the designer’s more recent collections. The show was so notable that Qiu was selected by the online fashion platform and store VFILES to appear in its Runway 10 Platform during New York Fashion Week. 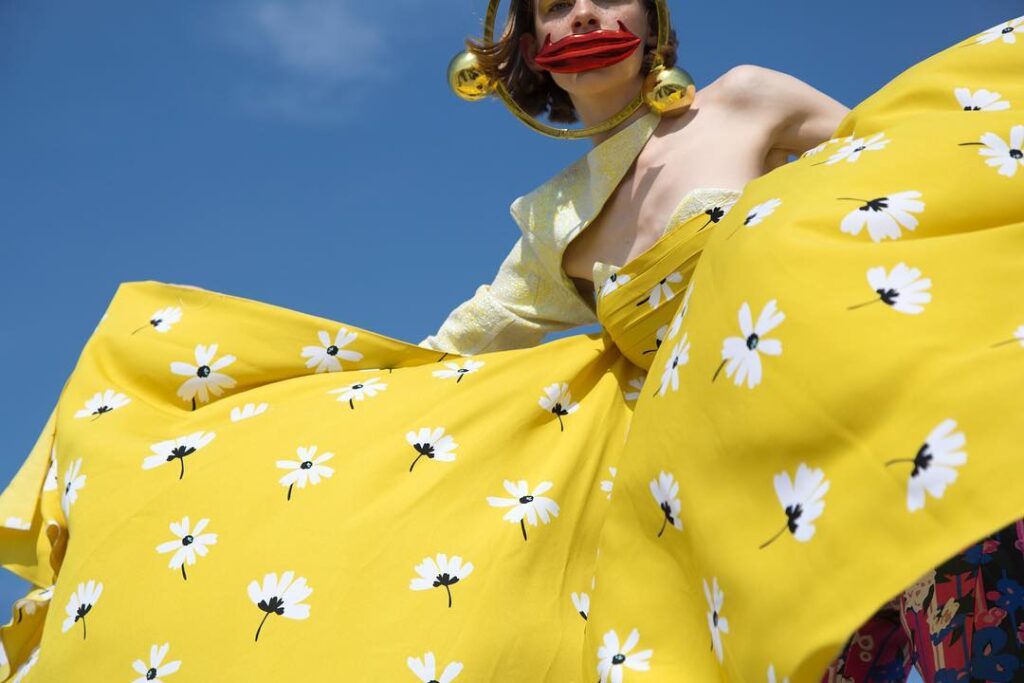 Now in her mid-twenties, Qiu has launched her eponymous label and has been steadily climbing the industry ladder. She has shown at numerous fashion weeks in New York, Milan, and Shanghai, and has dressed celebrities like Taiwanese pop star Jolin Tsai for the singer’s 2018 Ugly Beauty album cover. Most notably, in 2019, Qiu became one of the finalists for the Business of Fashion China Prize for her Spring/Summer 2019 collection. She has also started to gain traction with publications including The New York Times Style Magazine, which recognized the Belgium-based designer as an emerging talent to watch.

When it comes to design, Qiu looks for inspiration all over. Themes for her collections often stem from her travels around the world. Whether it’s the deserts of Morocco or Baroque-era silhouettes, Qiu has a unique ability to combine influences for a truly eclectic aesthetic. According to Jing Daily, Qiu also works to pay homage to her home-country China, the silk capital of the world, by regularly incorporating the fabric into her designs. Qiu also takes inspiration from her artistic muses, with Virginia Woolf serving as the inspiration behind the designer’s SS20 collection that premiered at Shanghai Fashion Week.

Qiu’s joyful work brings together femininity and strength to create garments for what she calls the “modern romantic woman.” Both tough and beautiful, strong yet soft, it’s clear that Qiu is carving out a space for herself in the world of fashion.