HOW SKATEBOARDERS BECAME THE NEW SCHOLARS

The College Skateboarding Educational Foundation is providing young skaters with the means to succeed in higher education.

Keegan Guizard, the Executive Director of CSEF, began a Skateboarding Club with his fellow peers as a freshman at North Carolina State University. As stated in an email to Mission, “When the club evolved into a club sport, we received funding to throw events (sometimes even sanctioned contests on campus street spots), build ramps, and go on road trips. The contests we were doing evolved into Collegiate Skate Tour, a company I started after graduation that organized College Skateboarding contests around the U.S.” After moving to California in 2015, Guizardmet Thomas Barker, who is now the company’s co-founder, “[Barker] had a business plan for a scholarship fund from his nonprofit management certification program…. The need and message behind something like CSEF was strong, so we started moving on the idea.”

Now they have begun reviewing their fourth year of applications. These applicants provide information on their academics, financial need, and community involvement so the CSEF co-founders and board are able to understand the positive impact each skateboarder leaves on their communities, family, and fellow skaters.

Professional skateboarding wasn’t popularized until the 1980s, so the sport is still rapidly progressing. Unlike other organized sports, it often has minimal parental guidance along with a high chance of injury. Due to this combination of freedom and risk, skaters have often faced a rebellious public perception. As Guizard states, “Skateboarding was for outlaws and misfits. Most young skaters dream of going Pro, and a professional skateboarding career will often pull one away from school or any other traditional life paths. Obviously, that has changed and is still changing.” 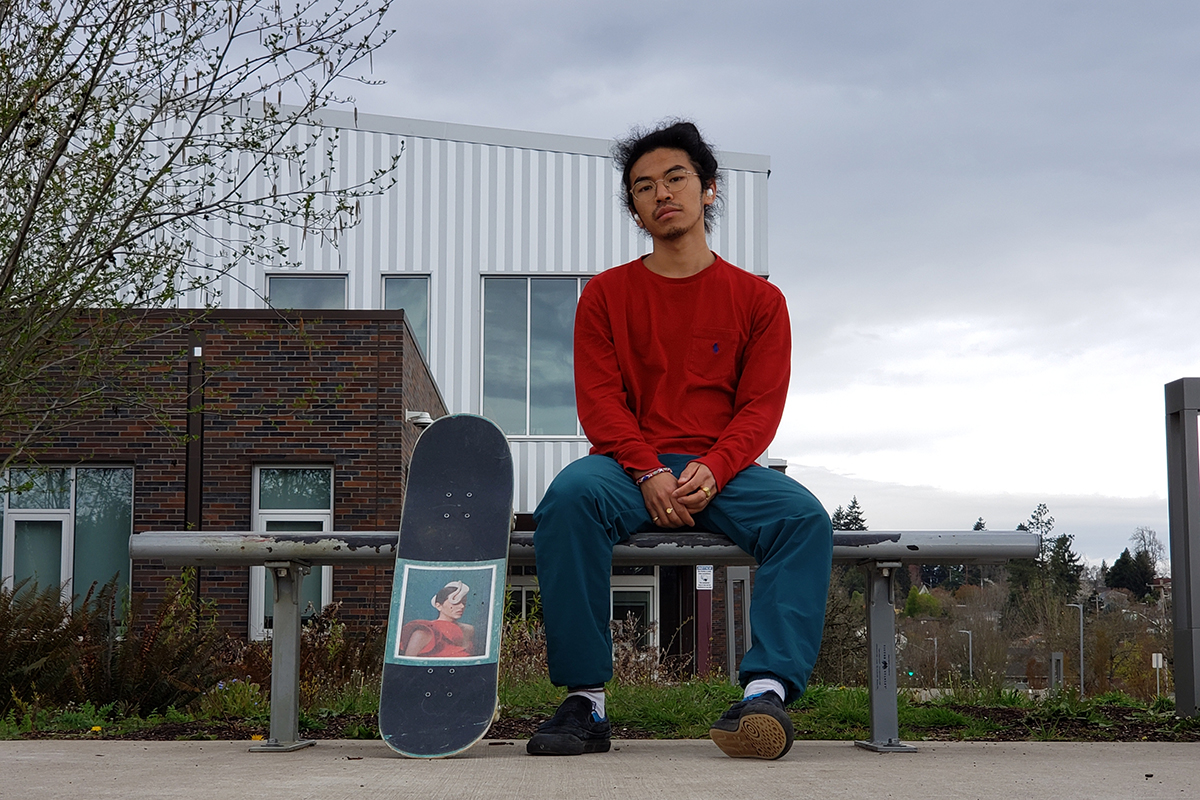 CSEF believes this determination with little support improves resourcefulness, and can act as an advantage in academia, “Skateboarders have historically worked with limited resources and budgets to create companies & brands, videos & events, etc…. Much of what makes academic work useful is that it either facilitates discovery or demonstrates the ability to see a project through to its end (or both). Skateboarders will always persevere and finish (and brush off on those around them while they’re at it).”

Guizard believes skateboarders’ ability to overcome challenges makes them well-suited for academics. “Most skateboarders who have stuck with it for some time naturally have traits of grit and determination in that they learn from physical failure.”

Gaining a degree can be a life changing opportunity for these skaters; Guizard encourages, “time in class and learning among peers accrues life experience that otherwise might not be possible in the streets. Skateboarding and academia each have learning opportunities that are abundant and unique to each world, but together I believe they can make for a well-informed, adventurous, and well-rounded person.”

These applicants may have the skills to succeed, however it’s organizations like CSEF that provide the means for them to thrive. This sport has created a supportive and motivating community among young people, and is now being given the possibility to spread their hard work ethic and resilience to universities with the help of CSEF. The public can visit CollegeSkateboarding.com or @csef on Instagram, to donate, volunteer, or apply for a scholarship.