In honor of Pride month, we take a look at how generations of LGBTQIA+ people have used fashion to communicate and style to signal.

It’s no secret that style and dress are tools that we use to visually communicate to one another. For the queer community, dress has been, and always will be, an integral part of LGBTQIA+ identity. From subtle signifiers that identified queer folks to one another, to out-there looks that defy societal norms, queer styling is a deliberate force to be reckoned with. Since June is Pride Month, we decided to take a look back at a handful of iconic LGBTQIA+ dresscodes which still inspire fashion and queer style today.

Time-hopping back to the Victorian Era, we examine the infamous aesthete-turned-dandy, Oscar Wilde. The author is best known for his short stories, plays, and poems, along with his stint as an editor of a women’s magazine— an Anna Wintour of his time, some may say. Wilde is a tragic figure in LGBTQIA+ history, one who was sent to prison for “gross indecency,” meaning his homosexuality. Today, however, he is regarded as a trailblazer for the queer community.

A dandy is a man who gives exaggerated attention to personal appearance. The dandy is also described as foppish and extremely well dressed. Though the dandy aesthetic is not synonymous with homosexuality, Wilde’s aristocratic persona and extremely public trial helped to link gay sexuality with what the Metropolitan Museum of Art calls the “vanity, effeminacy, and superficiality” of the dandy. This obsession with clothing and appearance is a gay stereotype that has lived on for well over a century and holds roots in white homosexual representation.

Using Wilde and the dandies as a prime example, fashion scholar Susan B. Kaiser points out an important aspect of our associations with LGBTQIA+ culture and fashion—”white, upper-class males have dominated this representation, despite the involvement of a wide range of ethnic and socio-economic subgroups in the gay or queer community.”

Jumping forward, post-WWII ushered in a strong right-wing reaction against gays and lesbians. As a result, the queer community had to be more careful than ever in their dealings.

For lesbians, it was the working-class bar culture that helped develop the subcultural butch/femme aesthetic dynamic we know today. These terms represent seemingly stagnant polarities in lesbian dress. Butch tends to reflect more traditionally masculine traits, such as sporting a short haircut while wearing garments like a suit and tie. Its counterpart, femme, typically conforms to stereotypical feminine aesthetics, like wearing makeup.

A 2018 article by the queer online community platform Them states,“Butches (and femmes) faced criticism [in the 1950s] from middle and upper class lesbians who felt that they replicated heterosexual relationships. The first lesbian organization, the Daughters of Bilitis, formed in 1955 and pressured butches to appear more feminine.” Scholars like Joan Nestle, the founder of Lesbian Herstory Archives, argued that butch-femme relationships actually made lesbianism visible at the time since butch women defiantly did not pass for straight. Their outward existence was in itself a political act.

Decades later, along with a revival in the ‘80s and ‘90s, the butch/femme dynamic has returned. A 2019 i-D article said that social media “has helped to re-ignite the popularity of butch/femme, with Twitter, Tumblr and Reddit as particular hubs.”

The internet, along with society’s fluid take on sexuality, has brought the subcultural dresscode into a less binary interpretation. Soft-butch, a popular lesbian style, tends to skew more androgynous— take actor Ruby Rose, for example. As the subcultural style has become less rigid about which camp a lesbian must identify with, lesbian fashion has become more widely interpreted. 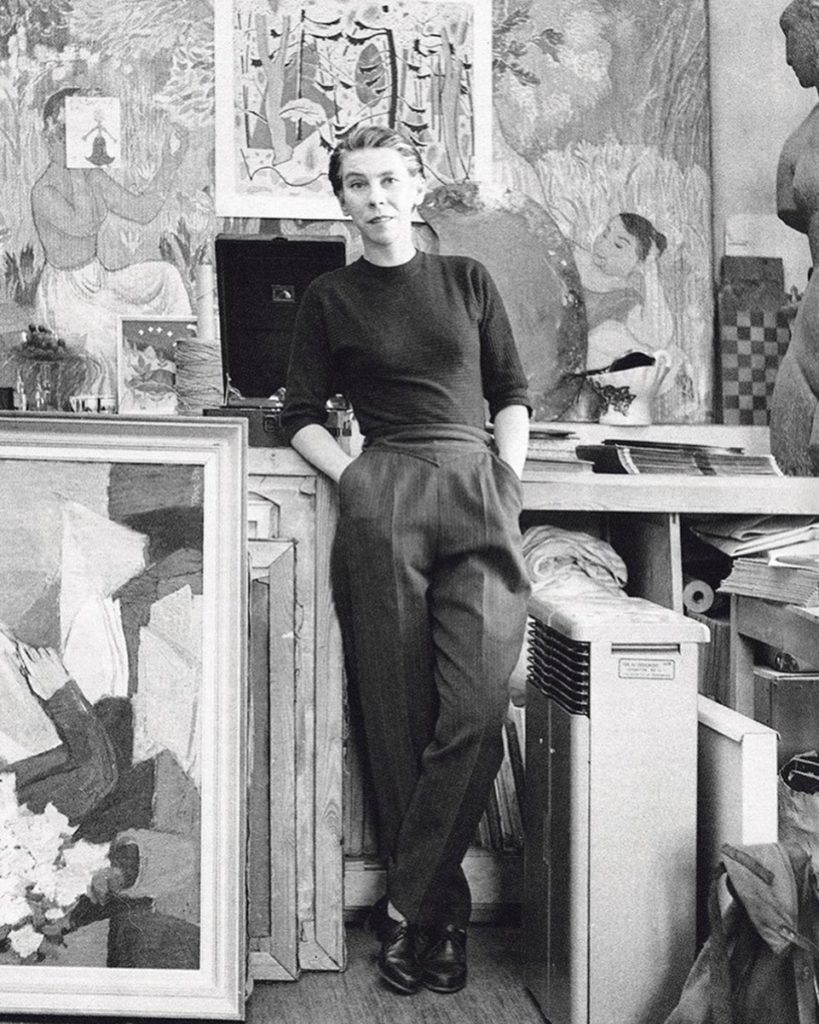 Political activism grew in United States during the ‘60s and ‘70s. This resulted in a number of social justice causes like the civil rights, Black Power, and feminist movements to flourish. After the 1969 Stonewall Riots in Greenwich Village, NY, instigated by Marsha P. Johnson, a transgender woman of color and gay liberation activist, the gay rights movement also gained increased momentum.

This brought about numerous distinct LGBTQIA+ styles that stemmed from subcultures like Disco and S&M. Two iconic queer aesthetics of the time include the gay clones and the anti-fashion lesbians.

Clones are a group that grew out of San Francisco’s Castro District whose style focused on a hyper-masculine aesthetic, meaning moustaches and Levi’s denim (think Freddie Mercury at Queen’s Live Aid performance). The clones reacted against the foppish stylistic associations of gay men, as popularized by the aforementioned Oscar Wilde.

Their dresscode included subtle semiotic devices like bandanas in pockets and keyrings on certain belt loops to signal to others their sexual orientation as well as their preferences—basically, the ’70s version of a Grindr bio.

This time period also ushered in what is often considered the “anti-fashion” movement of the lesbian feminist community of the 1960s and ‘70s. These women, rejecting the male gaze, dressed in ways that intentionally challenged societal expectations of gendered clothing. Instead of focusing on beauty and looks in the way women have been traditionally taught to, the lesbian feminist movement wore more androgynous outfits that included looser fitting clothes and shorter haircuts to create an aesthetic look that embodied their cause.

The history and influence of queer dressing extends far beyond what can be covered in one article, but it’s important to acknowledge the importance of the LGBTQIA+ community’s relationship to fashion. As Valerie Steele, Director and Chief Curator at the Museum at FIT, said, “For many years, gays and lesbians were hidden from history … by emphasizing the important role that fashion and style have played within the LGBTQ community, we see how central gay culture has been to the creation of modern fashion.”