As the election remains too close to call, Instagram’s myriad meme lords continue to provide us with some (much needed) comic relief, one of them is @summerbreezebedard.

If you’re familiar with the digitally omnipresent meme world, you may already know of 24-year-old Summer Bedard, whose Instagram account addresses LGBTQ+ issues, gender, and politics via witty text superimposed over stills from cartoons.

Bedard’s rise to Instagram prominence (27,000 followers and counting) comes as part of a wider trend in the rise of meme accounts dedicated to the political climate and humorously dissecting the roles that gentrification, capitalism, and heteronormativity play in the modern world. When I call her for this interview, she tells me that, prior to creating her account, she studied journalism at the University of Maryland and worked for several American news outlets, including USA Today. “News is so important and the work they do is important, but there are so many people who have to check off on what you’re saying before you’re allowed to say it, so everything gets so diluted.” At university, to her dismay, she was encouraged to delete her Twitter.

So she came up with a way to engage in social change that was more tailored to her talents. “I’ve always wanted to do comedy and news or education, and I also have graphic design experience— it became the perfect recipe for making memes. It’s a pipeline for working class and marginalized people, and every- body in general, to be able to affect and participate in public discourse.”

Bedard’s initial attraction to the Disney imagery that serves as her background artwork was childhood nostalgia. Like most Generation Ys, she grew up watching Disney films and going on family vacations to Disney World. Her reasoning, however, is not purely sentimental. Bedard describes Disney as “pretty fucked up, a little low-key capitalist dystopia,” and tries to use her work to subvert the company’s outdated messages. “I can write the narrative I should have been given as a child.” 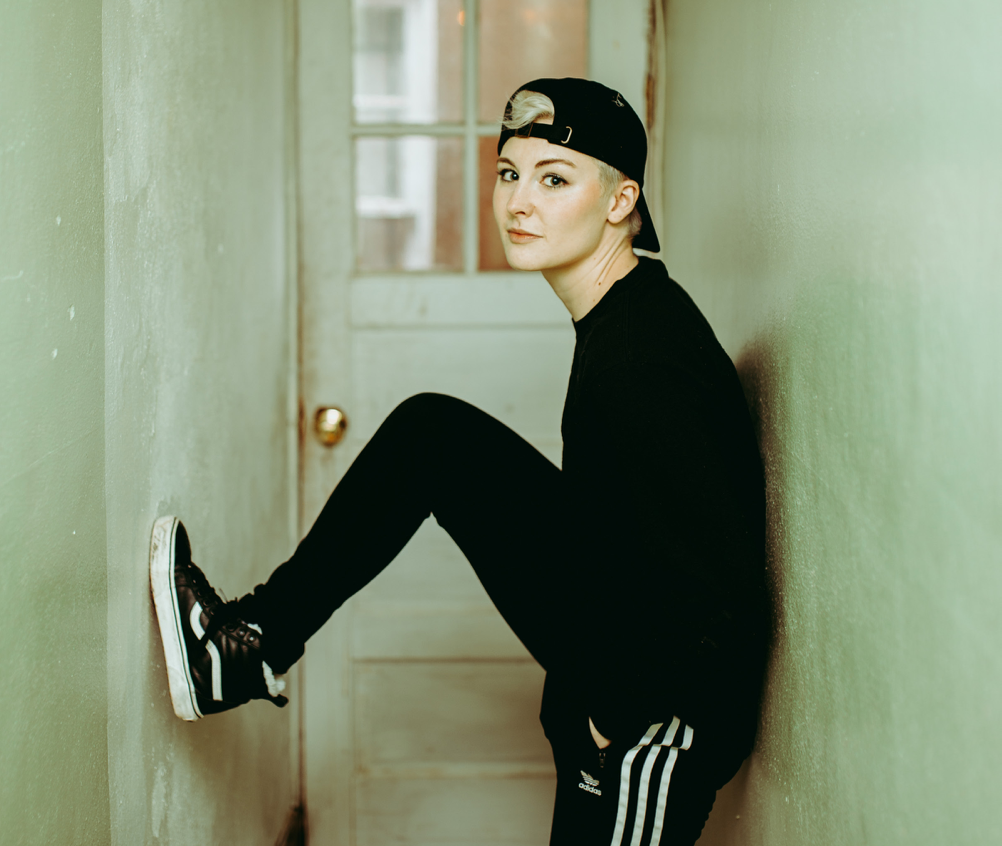 When coming to terms with the complexity of her sexuality, Bedard found there was “no representation or road map” for what she was going through. “I felt so alone and confused,” she says. “Once I was living on my own as a queer woman, openly dating other queer women, that experience and those feelings were so important to share for other queer women out there just starting to navigate their identity.” Since then, Bedard’s memes have become “a sort of journal where I can create art about each new discovery and insight I have about my own sexuality. It’s helped a lot of other mes tackle the complex spectrum of sexuality.”

For those not part of the digital generation, a good way to describe memes is to compare them to the humorous cartoons and political sketches that have existed for centuries. “People want to get their information from comedy. The only way we can process some of the worst things that happen in the world is through the lens of humor.” But although Bedard’s Instagram account is popular and, as with many “influencers,” serves as her main source of income, it has been shadow banned, a limitation enforced by the platform to make it harder for potential followers to find it. “I feel like Instagram has just deemed my account too sex positive and too rated R in general,” she says, likely referring to the memes dedicated to her progressive take on sexuality and the brand partnerships she holds with sex-toy companies.

Bedard’s posts are not just intended to exist as a highly technical form of political art (color grading and other aspects of technical expertise go into each one), though, but act as a form of catharsis for the creative. “Every time I learn something about myself, I will make a meme about it,” she says. This approach has helped her come to terms with the abuse she experienced during her childhood. “Being able to express makes me feel valid in a way that I didn’t always have in the past … My father has a very toxic idea of masculinity and I lived in fear of him for my whole life … Talking about parental abuse is one of the hardest and most taboo things in our society.” So how do her conservative, semi-estranged family feel about her open-book philosophy? “If you don’t really understand it, it’s not really my responsibility to explain.” Bedard now seeks solace in the meme community, who have welcomed her with open arms.