IS ‘SUSTAINABILITY’ JUST A BUZZWORD?

The truth behind fashion’s most recent word-of-the-day.

There’s no denying that fashion is having a sustainability moment right now.

The environmental impact of fast fashion has been widely acknowledged for a long time, and unfortunately many fast fashion retailers have no intention of trying to change. Until recently, high fashion brands were no better, and collectively destroyed billions of dollars’ worth of clothing every year. Although brands like Burberry have stopped this practice, it is not known how many others continue.

Despite the word ‘sustainability’ becoming a major theme during fashion weeks all over the world, many would say it has become a buzzword, and from the perspective of a climate activist, I can confirm that it feels like the word has lost all meaning. Brands are rushing to polish their green credentials in an attempt to keep themselves relevant as demand for sustainable fashion grows rapidly, with many not doing enough and some blatantly greenwashing. Last summer, French President Emmanuel Macron brought together 150 brands under the ownership of 32 companies to sign a pact aiming to bring just 20% of the fashion industry to net-zero carbon emissions by 2050, despite that fact that we have only until 2030 to achieve net-zero across the developed world. To add to this, among some of the pact’s most notable signatories (brands like Zara and H&M, as well as fashion houses like Chanel, Burberry, and Kering, the parent company for Gucci, Balenciaga, and Saint Laurent), one seems to be missing. Kering’s biggest competitor, LVMH (the parent company for Louis Vuitton, Dior, and many others), is absent from the pact, even though during a climate emergency, collaboration should take precedence over the anti-collaboration mentality that hinders sustainable innovation. 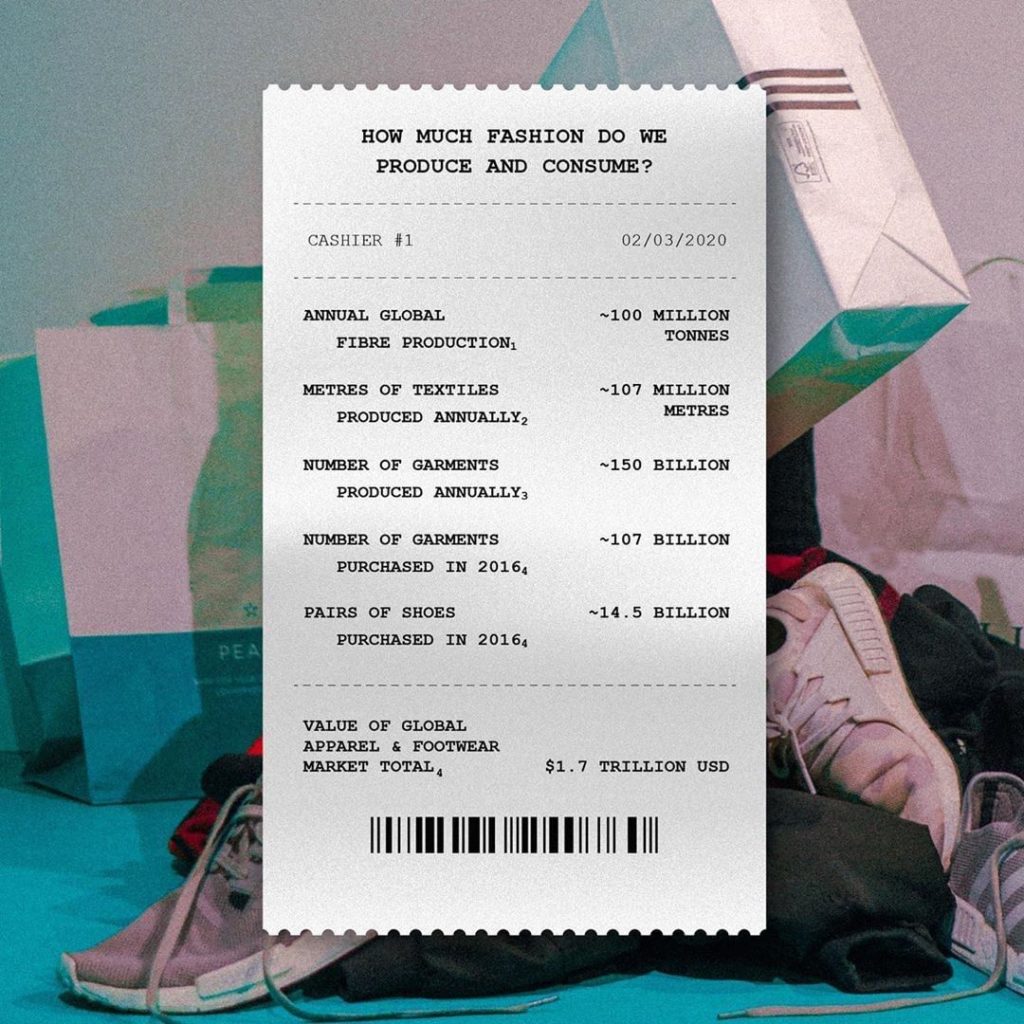 The truth is, at today’s pace, the textile economy is projected to release over 20 million tons of plastic microfibers into the ocean by 2050. By 2030, it is predicted that we will be using two Earths’ worth of resources, and the demand for clothing is expected to rise by 63%. The fashion industry already produces 100 to 150 billion items per year (there are about 7.8 billion people in the world), leaving charity shops, textile warehouses, and developing countries’ marketplaces overflowing with cheap, low-quality castoffs.

There is a very long way to go for brands to truly become environmentally friendly, and it can’t be done by simply claiming sustainability while continuing to excessively manufacture new items in a linear production line that ends with clothes being burnt or dumped in landfill. The solution here is a slower, circular economy, where products and materials are recovered, regenerated, and reused. Until the industry decides to take the steps to achieve that, we will be stuck in a never-ending cycle of destroying the earth (not to mention committing countless human rights violations), not for beautiful and well-crafted pieces, but for disposable trash that was arguably pointless to produce anyway.

Our wardrobes are an extension of ourselves. Just as how one’s bookshelf says a lot about their character and interests, so do one’s clothes; they’re instrumental tools of self-expression. Perhaps at some point in the coming decades, we will lose touch with our clothes and give in entirely to the low prices of fast fashion. Maybe social media and marketing have conditioned us to keep buying these low-priced items so that we have a constant selection of new clothes. In reality, however, this destroys us and our planet. Even luxury fashion houses failed us by making their items no less disposable than fast fashion. It’s now up to fashion brands to gather the courage to revolutionize their industry or be forced by governments to do so.