IS STRAW THE NEWEST TEXTILE FOR FASHION?

Finnish designer Rolf Ekroth is making streetwear out of straw and there’s no looking back.

For many, fields of straw call to mind scarecrow capabilities, cool cowboy accessories, and idiom expressions. As such, the material hasn’t exactly been associated with fashion, but up-and-coming Finnish fashion designer Rolf Ekroth and the Finnish energy company Fortum may have just found the needle in the haystack. Through biorefining technology and clever fashion risks, the pair has turned the grain byproduct into a catalyst for eco-friendly textiles and luxury streetwear.

While the textile is still in its developmental phase, Ekroth’s collection is the first to debut the innovative material Bio2™, a textile made of bio-refined straw. The decision to work with the Bio2™ straw textile for Ekroth’s Fall/Winter 2021 collection “Reset” stems from the crop’s cultural landscape. Straw is widely accessible throughout Finland as a byproduct of wheat, barley, rye, and oats and is used for the traditional Finnish Christmas decoration, himmeli. Finnish history is embedded into the stitches of Ekroth’s collection, commemorating the country’s invaluable resource.

The dry stalks may be abundant in many countries, but they don’t receive much consideration after the grain and chaff have been removed. “Straw is considered as waste and even burned in fields, which causes pollution,” explained Päivi Lonka of Fortum to Mission. The fashion industry has received ample criticism for contributing to the world’s pollution through wasteful practices, and has been working to revamp the system through new eco-friendly techniques. More recently, the industry has shown a growing interest in textiles manufactured through ethically-sourced, environmentally-sustainable resources. “If straw could be used as raw material, the globally available biomass would be doubled,” says Lonka. The energy company recognizes the demand for sustainable alternatives and works with biorefining technology to turn the raw material into highly efficient environmental production. 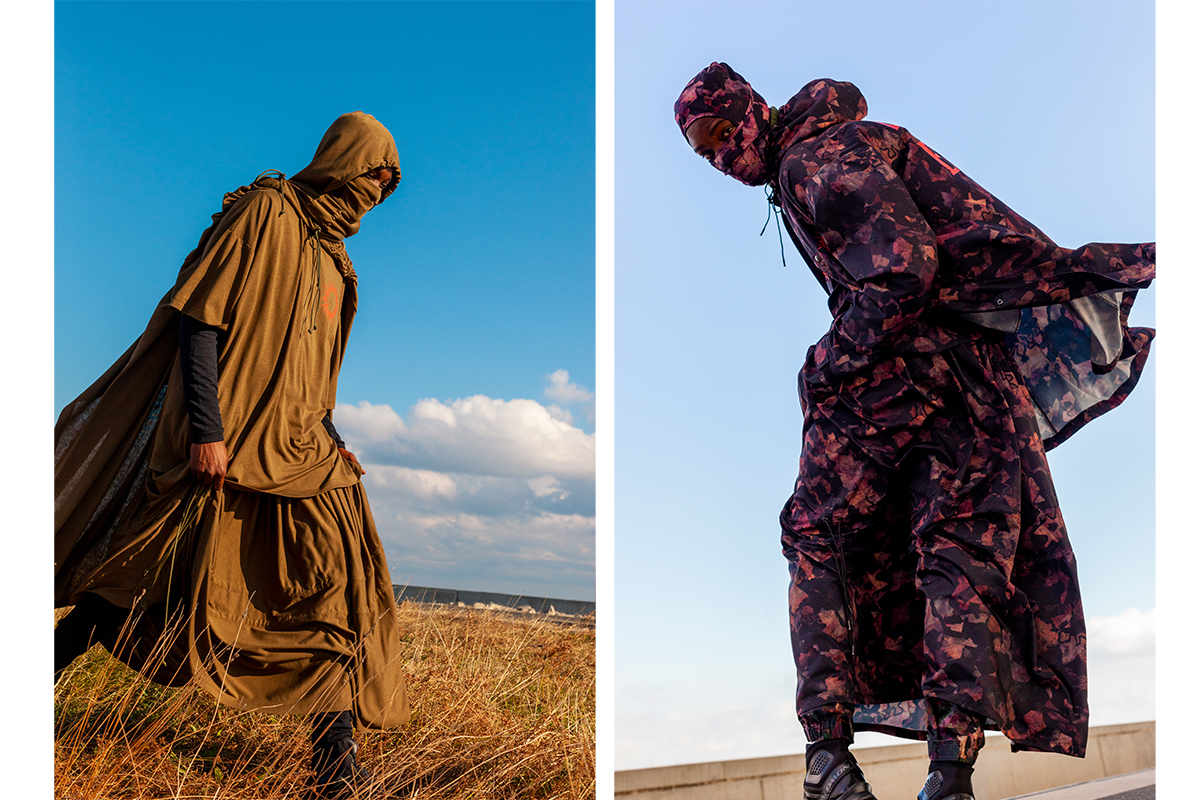 The processing of the textile reflects how far technology has come with eco-friendly practices. To turn straw into a textile, the fiber goes through a carbamate process which involves animal feed grade urea instead of carbon disulfide, a toxin involved in other textile processes. “The carbamate technology is a more sustainable option to conventional viscose, polyester or cotton… this fiber technology uses much less water, energy and chemicals than many conventional fiber technologies,” stated Lonka.

Conversely, cotton is still widely used in fashion despite its unsustainable production practices. According to the World Wildlife Fund, cotton processes often include the “application of substantial fertilizers and pesticides which threaten the quality of soil and water, as well as the health of biodiversity in and downstream from the fields.”

Similar to his discovery of straw, Ekroth’s focus on fashion came about after a long winded path full of twists and turns. The designer began his career far from the fashion industry with odd jobs that had no clear path. “I was a telephone salesman for a year plus, and I also sold hardware like power tools and drills in a hardware store without any qualifications,” told Rolf Ekroth of his past in an email to Mission. The designer even ventured into professional poker playing for some time before finding his home in fashion.

Ever since, the designer has been cultivating a reputation as a top designer in Finland, a densely forested country in Northern Europe with only a few internationally-known fashion brands. Ekroth went against the grain of his Aalto University peers, and began his own label rather than moving abroad to work with an existing fashion house. “I would like to see fashion labels coming from Finland and succeeding, I wanted to build and be a part of that culture here,” explained Ekroth.

Rolf Ekroth’s streetwear collection, inspired by ’80s horror movies and the Finnish countryside, is a contemporary vision for sustainable fashion. Through his “Reset” collection, Ekroth is introducing a new approach to outdated, toxic production practices. “It feels like this is the right time for the whole fashion system to figure things out and maybe reset everything,” he says.