THE SANCTITY OF THE BLACK PANTHER UNIFORM

What is it that makes the Black Panther uniform so untouchable that it is spared abuse and disrespect at the hands of fashion corporations?

Much of the art, music, and fashion we have adopted into our society is born from socio-cultural events, thus becoming very important to our heritage, and in turn, our future. Take the peace sign, which originated thanks to British disarmament marches in the late 1950s, or the safety pin, revolutionized in the punk movement of the late 1980s. Perhaps most notable of these cultural objects is the all-black, ultra-cool, urban-militant uniform of the Black Panther Party, prototypical in the fusion of fashion, function, and freedom.

The uniform was adopted by the group in the late 1960s after the formation of the Black Panther Party (BPP) by Huey P. Newton and Bobby Seale in Oakland, California. The cultural impact of the BPP is without question – some of the most famed activists in recent history were at one point members. Voices like Elaine Brown, Angela Davis, and Fred Hampton all at one point sported the infamous black beret, and with the infamy of the uniform came its unassailable importance in popular culture. 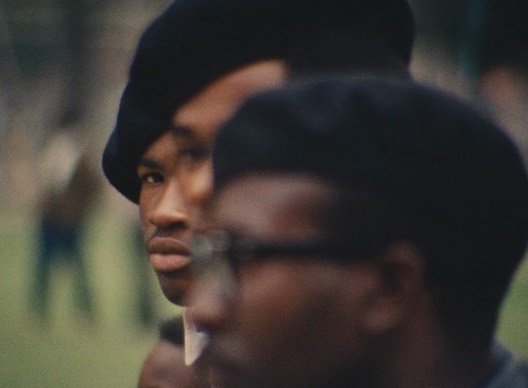 The beret and the entire Black Panther uniform – which was originally created with functionality in mind – became entirely emblematic of what the BPP stood for. Even the hat itself, which was later adopted by other social action groups such as Chicago’s Young Lords and the Rainbow Coalition, were, as Newton puts it, “the international hat for the revolutionary … They were used by just about every struggler in the Third World.” The berets often sat atop the ever-significant grown out afro, symbolizing the members’ rejection of Eurocentric beauty standards, which were, and still are, enforced as a norm of beauty. A pair of black sunglasses and a black leather coat, streamlined and cool in appearance, completed the look, but were actually worn to conceal the identities of the members to protect their families and themselves from the law. Perhaps the most striking – and impressive – feature of the uniform is its unisexuality – by 1968 around two-thirds of the BPP’s members were female, and still the uniform remained unchanged, an insignia of their fight for freedom and power.

Now, sitting in the afterglow of their time as power-pieces, these garments slipped their way back into mainstream fashion, the way a child star may go unrecognized years after their breakout role. The pieces are, individually, regular commodities, and not the symbol of power they represent when combined. Take this Harper’s Bazaar article on How to Style a Beret, or the Alexander Wang Spring ’20 line, featuring many black leather duster coats. It’s a reminder that the individual items of the BPP uniform are insignificant until they are worn together. No non-Black designers dare style the beret and the coat together, as it’s not simply an outfit. It’s a uniform. 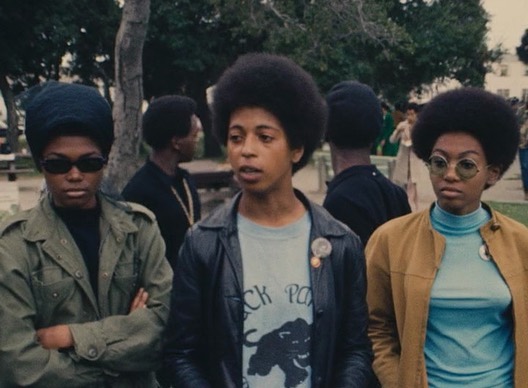 It is interesting to note that while the indelible composite that is the Black Panther uniform is viewed as untouchable, many other Black creations and imagery unfortunately are not. Many small and independent Black designers have spoken out in recent years about having their creations, and the subsequent success and credit that accompanies them, stolen by larger companies and corporations. While defending one’s intellectual property is a slippery slope in creative fields, it is not difficult to point out a creative copycat weaponizing sheer size and success over independent creatives.

Even more difficult to witness are the painful oversights that allow downright cultural disrespect to make it to the runway. Of appropriated hairstyles, tone-deaf t-shirt slogans, and inappropriate accessories, perhaps the most disrespectful display of ignorance is the famed Andriana Degreas ‘slave’ dress, featuring a slave in an iron muzzle printed across the front of the garment. The affair sparked an avalanche of rightful outrage, including petitions to boycott the designer. Not a good look, no matter how it’s styled.

It begs the question: what is it that makes the Black Panther uniform so untouchable that it’s spared appropriation and disrespect by fashion corporations? Is it the cultural significance of what it represents? Could designers fear the punishment that would follow? Maybe it’s because the uniform, worn so proudly by the self-proclaimed underdogs and sufferers, doesn’t ask for respect – it demands it. Perhaps somehow, the people the uniform has opposed finally caught on, and are affording their Black counterparts at least a sliver of the respect they so rightfully deserve.