Brooklyn-based mixed media artist Voodo Fé is contributing his eclectic edge to the scene. Through materials found in obscure places–even the trash–Fé’s pieces demonstrate his belief for endless opportunity.

The artist took to Chelsea Market last month to pay homage to Black History Month and Women’s History Month. The exhibition, which is on view through the end of March, is a showcase of resilient figures, such as Kobe Bryant and Harriet Tubman, in the form of old wood and bottle caps.

While painting portraits of notable figures is Fé’s focus at the moment, he has dipped his feet in a variety of artistic mediums in the past. His career began with fashion and graphic design where he was a part of the design team for the New Jersey Nets Uniform as well as the attire for Evander Holyfield’s fight against Mike Tyson (the one where he lost part of his ear). “My background as an artist dances around different genres,” said Voodo Fé. After working in fashion, he found a niche in music. “I opened for ’90s music legends like Run-D.M.C, Naugthy by Nature, and Meshell Ndegeocello. I’m currently recording new music in the chillwave and meditation lanes,” Fé said to Mission of his inspiration behind the exhibit. 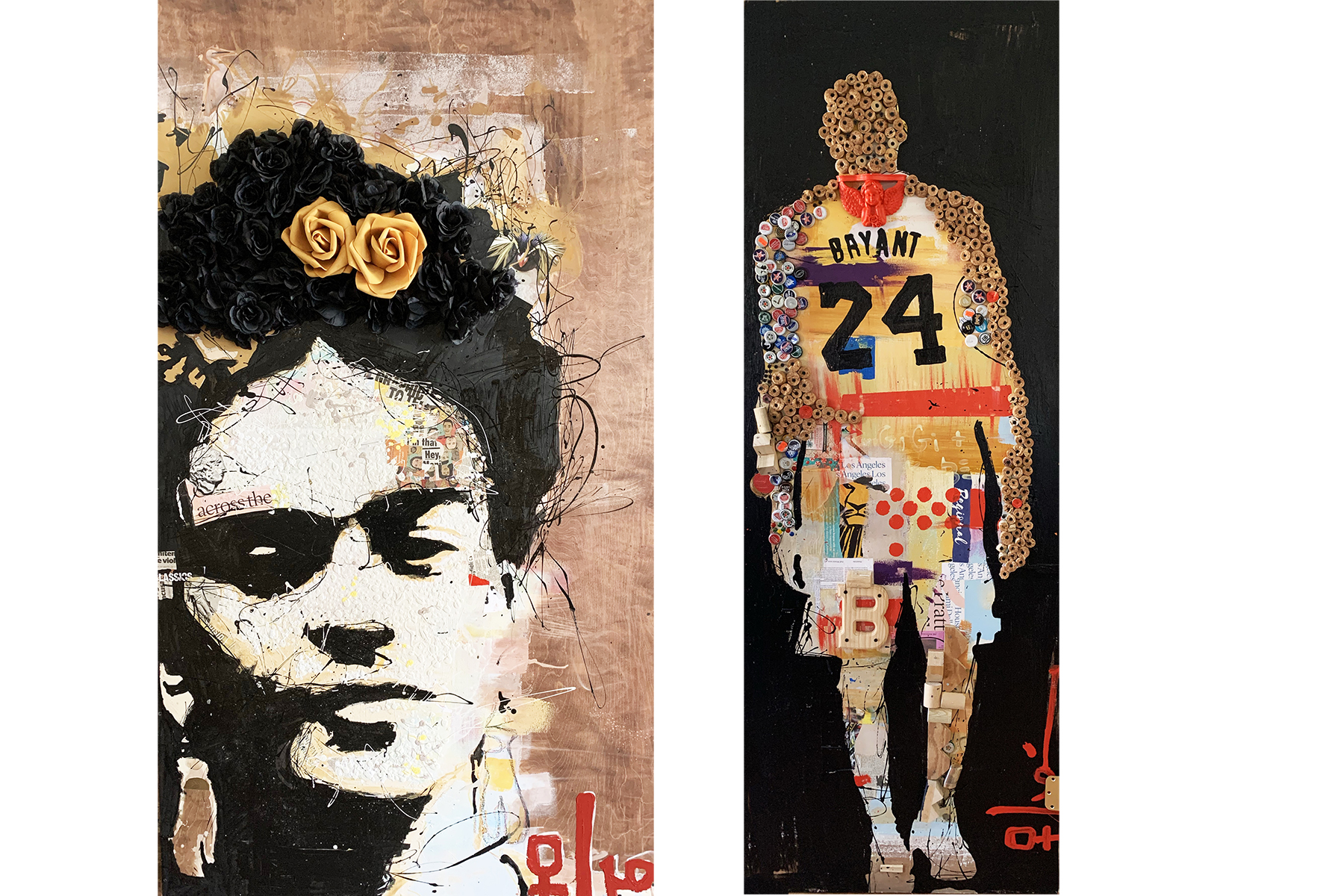 Fé believes that anything is possible. For his exhibit at the Chelsea Market, he commemorates historical figures through materials found in the trash. “The materials I’m most drawn to are wood and house paint. I literally use everything around me like beer caps, bullets, and toy soldiers,” said Fé. He rewrites the narratives for scraps and draws inspiration for his art from past experiences. “I connect with wood the most because of my past problems with drinking and drugs, along with my health and mental issues. In the same way that I’m not perfect, the wood I work with may be warped, damaged, thrown in the trash. Just like my life, I’m able to find its beauty and reinforce its strength.”

Through his art, Fé releases expectations and disregards the norm. His current exhibition, dedicated to Blach History Month and Women’s History Month, features figures who have broken boundaries, like Harriet Tubman, Frida Kahlo, and Run-D.M.C. “These are all people who made special things happen! They all followed their own path without needing the approval of anyone. I really connect with that,” explained Fé.

The mixed media artist remains authentic in his many avenues of creativity. “I’m a painter that doesn’t visit galleries, a musician that doesn’t listen to a lot of music, and a fashion designer who doesn’t read trend magazines or follow influencers,” added Fé. The Brooklyn Renaissance artist finds motivation to continue creating by going against the grain. “My natural position is to be defiant and shake things up. I’m an example of what you can become when you pick your own path.”