Isabelle Chaput and Nelson Tiberghien, known as the Young Emperors, have an approach to life fueled by love, fashion, and curiosity.

Right now, somewhere in Soho under the late October New York sun, you may come across a French couple in matching Marine Serre tops, posing, arms akimbo, looking off into the distance. Don’t turn in astonishment; you’ve just witnessed the mirror image style phenomenon that is the Young Emperors.

This young duo, which consists of long-time partners Isabelle Chaput and Nelson Tiberghien, boast over 176,000 followers on their Instagram account thanks to their tongue-in-cheek vignettes into the daily life of a matching fashion super-couple. The pair have been matching since their school days, when they studied fashion photography at Gobelins in Paris. Leaving Paris for New York in their third year to pursue internships, they departed as friends, but returned as more than that: romantic partners and a fashion tour de force. 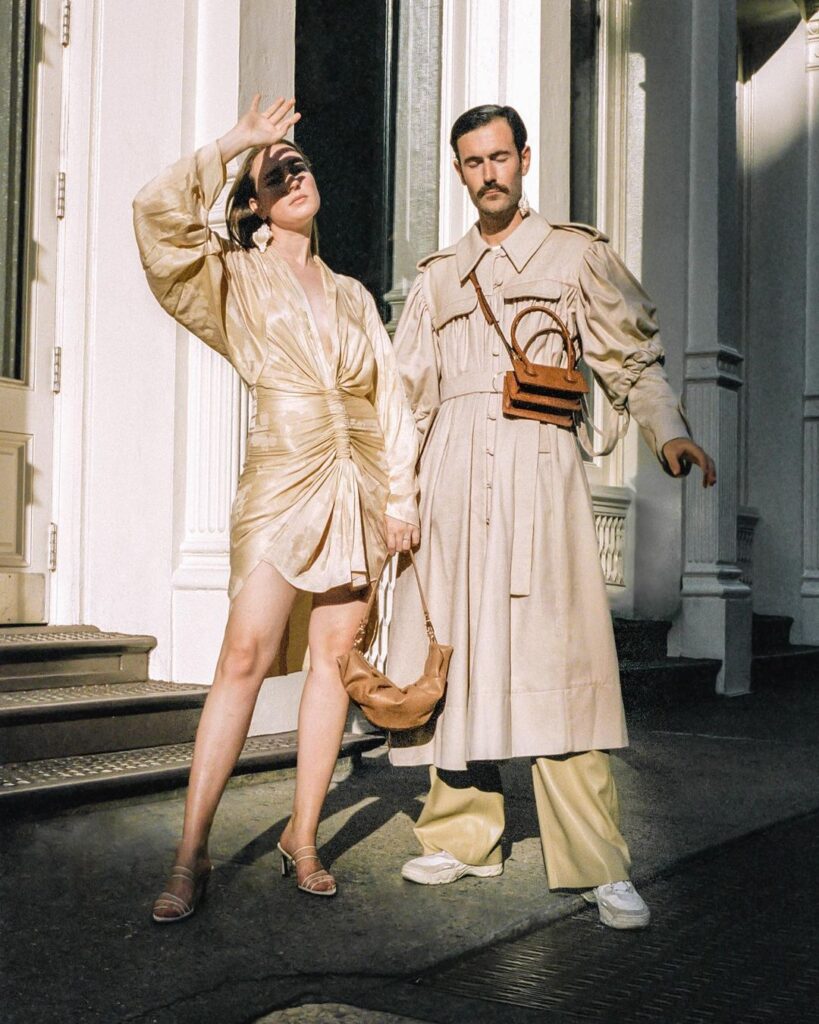 Soon after their return, the ‘Cesar Love Alexandre’ (and subsequent ‘Young Emperors’) brand was born. Under the former, the two carry out their professional projects as stylists, photographers, and videographers, among other artistic feats. The moniker came from Nelson’s side of the family, which he explains to me over the phone early Monday morning. “My dad wanted to call me Cesar Alexandre, which Isabelle thought was funny [as they are both] names of emperors.” The beautiful catch? “We wanted to make a new identity as a brand, so we thought of how we were in love as we are and how love conquers the world, and we came up with Cesar Love Alexandre.”

This love and authenticity is representative of the pair and permeates everything they do, from their quirky gender-bending Instagram posts to their high-profile creative portfolio. “We’ve always had it in mind that we want to do everything,” Isabelle explains, as she and Nelson take turns (quite literally) finishing each other’s sentences. “For us, it’s not just one dimensional.”

This optimistic mindset has bred one of the most creative and freeing ideas in fashion, whereby the duo match their clothes down to print, pattern, and silhouette, often even swapping clothes halfway through a video. As a couple in love, the matching is more than just a quirky fashion stunt. “It’s a symbol of love and a language for us. I think it’s a romantic thing, it’s something that can make you happy and help you communicate your love for each other.” The styling, while impeccably congruent in color and silhouette, is also highly calculated in order to demonstrate the simultaneous parity and dichotomy between Chaput and Tiberghien. “We do think a lot alike […] but we are not the same people. The fact that we are not completely twinning is not an accident.” 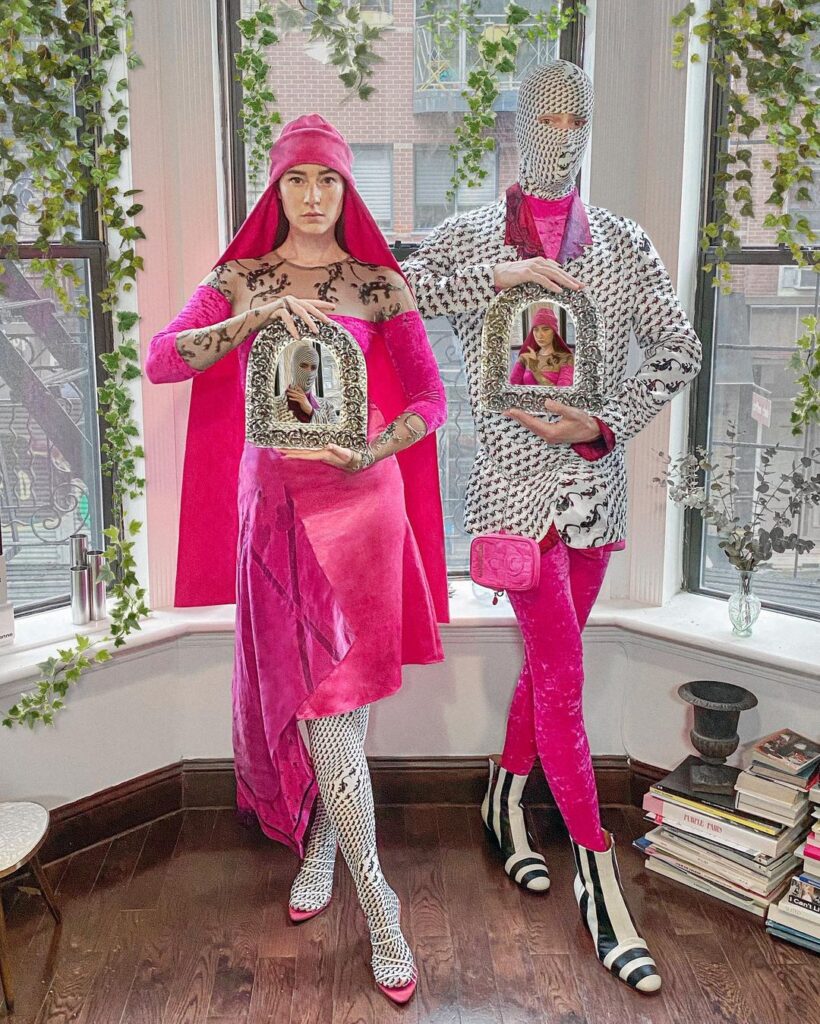 It must be taken into account that, although it may not be the intention, this type of inter-relationship style swapping takes emphasis away from traditionally gendered clothing. Nelson, who is no stranger to a long, lean, and traditionally ‘female’ silhouette says, “For me, it’s pointless to say ‘menswear’ or ‘womenswear’ anymore because you just want clothes that fit you. It just has to do with your body shape and what you’re comfortable wearing.”

“To me, [gender norms] are so outdated. I want people to be able to wear whatever they want,” seconds Isabelle. “It shouldn’t be an attack to anyone’s gender or gender symbols trapped behind those closed doors. It should just be about your freedom. It’s about being you and adorning yourself with whatever makes you feel confident, and that’s it.”

Upon my asking what their mission is, the Young Emperors provide me with three answers: “Our mission is to entertain people, and also to entertain ourselves,” starts Nelson, letting out a short laugh, adding, “but my own mission is to take care of Isabelle.” A short pause as Isabelle thinks. “The mission I gave myself,” she says, “is to discover everything in this world and to gain as much knowledge as I can. We still have a lot to learn and grow as humans and we’re curious. We’re very curious people so we’re open to anything.”