Netflix hasn’t been shy to release touching LGBTQ+ films in the past year, as we’ve seen heartfelt love stories in films such as Prom, or the TV series Atypical. But when the Taiwanese drama Your Name Engraved Herein arrived on the streaming service this past week, the film made its viewers question a lot more than just the love story depicted.

Your Name Engraved Herein follows two students in their last year at an all-boys Catholic high school. The film is set in 1987, while Taiwan is still facing repercussions of decades under martial law, right before social repression took ease. Taiwan was in a transitional stage, where people became more outspoken about their beliefs, however, citizens of Taiwan were still rooted in homophobia. As the film shows, Taiwanese society often ostracized or denigrated LGBTQ+ people. 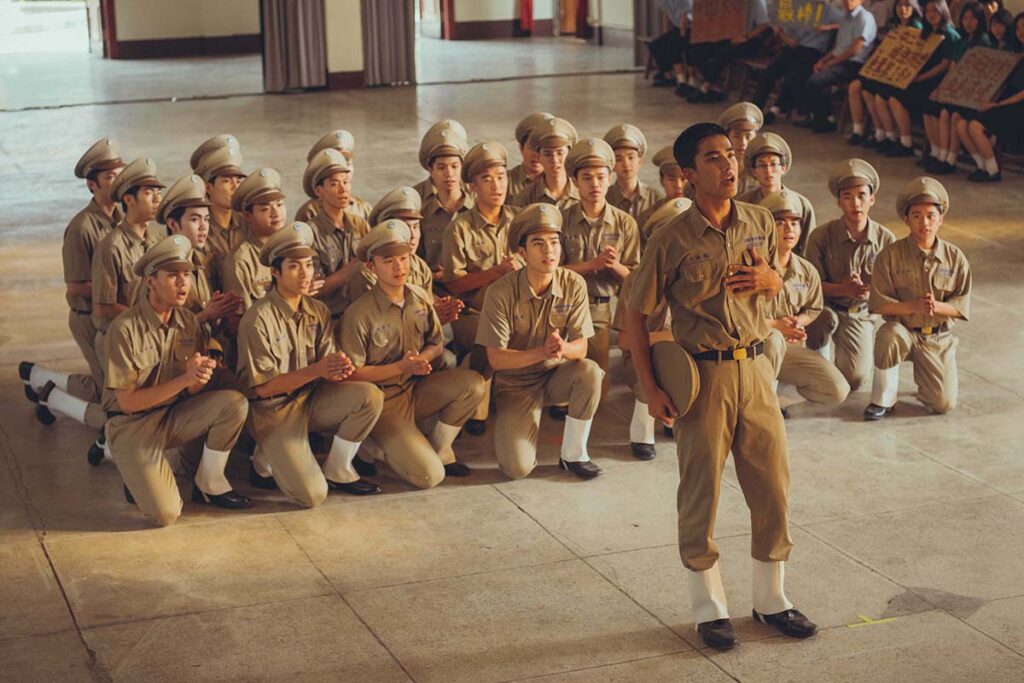 Jia-Han (Edward Chen) is a reserved, but popular student, whose love for Birdy (Jing-Hua Tseng), an unapologetic daredevil, is shown in longing stares and in confession to the school priest. The two boys are given a day off of school to celebrate their president’s funeral, but instead choose to explore Taipei together, where they form a romantic attachment. Birdy, conflicted by his feelings for Jia-Han, pretends to fall in love with a girl as he is unsure he can commit to Jia-Han due to Tawainese stigma towards homosexuality. The boys’ closest friend group ostracizes and beats individuals who they suspect to be queer, including both the boys themselves. Even with his love for Jia-Han, Birdy’s fear of coming out separates the boys for almost two decades.

Tawain became the first Asian country to legalize same-sex marriage in 2019; released in 2020, Your Name Engraved Herein has since become the highest-grossing LGBTQ+-centered film in the country’s history. But as Director Patrick Liu stated in an interview with TIME Magazine, “there’s still pain, there’s still envy. We hope to show people that in homosexual relationships, love is still love.” The movie shows how societal pressure can have a suffocating outcome and for the LGBTQ+ community, especially those experiencing love for the first time. Even while Taiwan has recently enacted more progressive policies, the past is just a short step behind us.