The founder of the incusive modeling agency on why disability need to be part of the diversity movement.

Zoe Proctor doesn’t understand why the fashion industry has left people with disabilities out of the diversity movement. To remedy this industry gap, she and her business partner Laura Johnson founded Zebedee Talent, an agency for models with disabilities or appearances that differ from what the media would typically showcase.

Talking to Proctor over Zoom, it’s clear that she founded Zebedee without the exclusivity that informs most mainstream agencies’ modus operandi. Before launching Zebedee, Johnson was a social worker while Proctor a teacher at a school for disabled children. Proctor came up with the idea for an inclusive agency as her disabled students continually asked her how they could secure acting and modeling gigs and she didn’t have an answer for them. The pair met through Proctor’s brother, who is Johnson’s fiancé, and founded Zebedee Talent (a name chosen by one Proctor’s students) in 2017 with a shared desire to start what they have coined the #inclusionrevolution. “I was having a break from my teaching job, Laura was on maternity leave, we both had a little bit of space in our lives to go, ‘Right, okay, we’ll give this six months, and if it works, it works. And if it doesn’t, then we’ll go get another job,'” Proctor explains.

The idea more than worked. Four years later, the agency has expanded its reach across the pond to New York, has a chapter in Australia, and has secured a host of high-profile gigs for its diverse client base.

As expected, a lot of this success has correlated with a larger push for diversity in fashion. The agency noticed a considerable uptick in bookings as consumers began to place increasing pressure on the fashion and beauty industries to do away with idealistic beauty standards and promote diversity and inclusion. “When we started this, it was like, ‘Who are these women knocking on our door trying to persuade us to use a disabled person in the campaign?'” says Proctor. “It’s been a hard slog, but I think over the past four years, it’s definitely been changing for the better. We’re busier than ever.”

As inclusivity in the industry has increased, however, so has (justified) concern that brands are solely casting diverse models for social media clout. “Everything’s got to start somewhere.” says Proctor of the issue. “We’re box tickers. A lot of brands are tokenistic. But for now, that’s okay. This is the start; we’re in it for the long haul. Things can’t go back to how they were.” 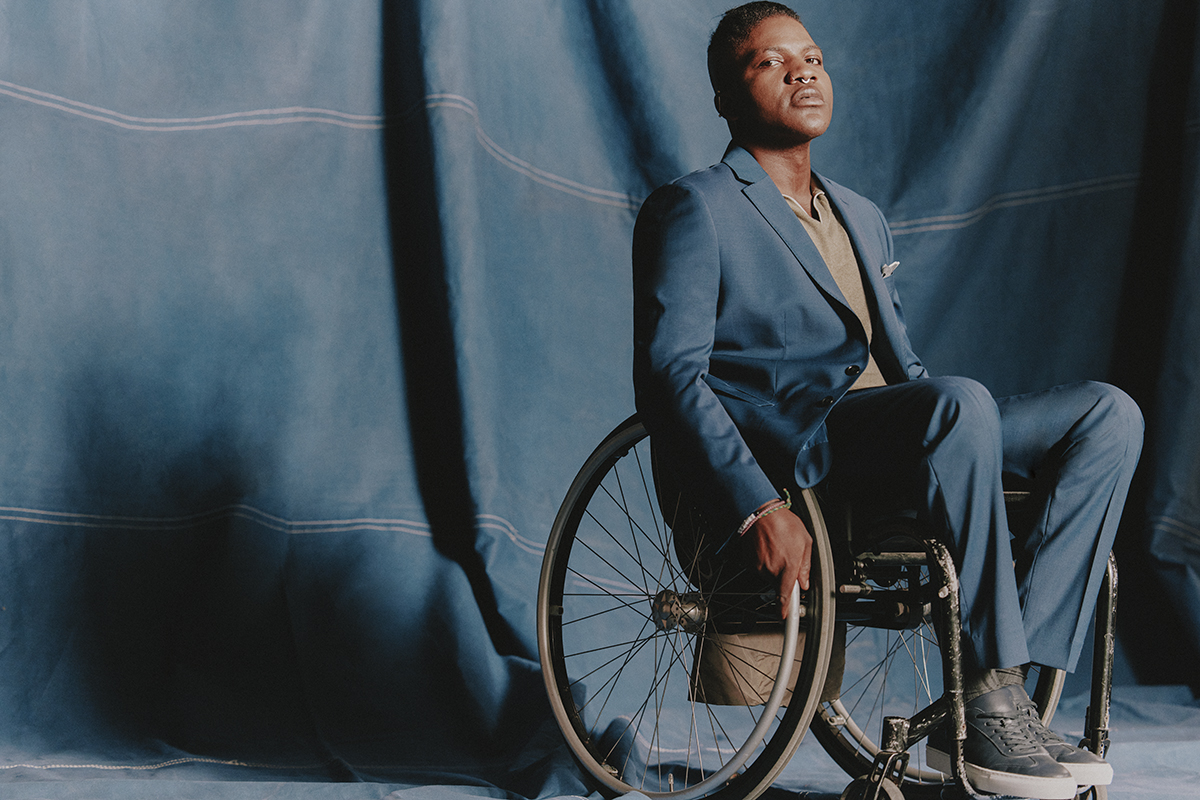 Zebedee’s models, however, are less cynical. Although they relish the industry and the job itself, Proctor believes that the majority of her models have an underlying motivation to evoke real change, “They do it for the social impact, and the cultural impact, as well as, just being a fashion model or whatever. You know, there’s a bigger picture here, especially for some of the older models.”

Lately, Zebedee’s mission has expanded beyond fashion. Galvanized by the hate speech directed at their talent on TikTok, the agency’s junior booker and social media manager launched a change.org petition to pressure TikTok to draft community guidelines that better protect disabled people, criticizing the platform’s tendency to label videos of those with disabilities as “sensitive content” or delete them entirely. “There were some really quite disturbing dark things [comments],” says Proctor, “and we were very upset to see them coming in from all over the world. We just wanted to stand up and show a bit of solidarity and support for our models that were getting all of this trolling.” Refreshingly, TikTok was responsive; the app rapidly formed a partnership with the agency to address and manage bullying on the platform. “We’ve had meetings with our models and with TikTok, so hopefully, things are going to change,” adds Proctor.

Despite being a revolutionary platform, Zebedee isn’t asking for much. Proctor sees disabilities as “one of the last taboos left under the inclusion banner” and notes that true to form, it’s “high-end brands that are the difficult ones to crack.” So what does the agency want? “Just to be included in the mix!” gushes Proctor. “Just to have our foot in the door and to be given a shot. We don’t expect that our guys are going to get every job. They’re not. That’s not realistic, but that disabilities and visual differences are given a space, and when you are talking about diversity that you don’t disregard disability, or for it to be the last thing on your list.”

While working on infiltrating the luxury industry (Mission‘s recent cover star and Zebedee’s client Ellie Goldstein starred in a Gucci beauty campaign last summer), Zebedee is concentrating on developing the agency’s U.S. and Australia wings. More broadly, Proctor and Johnson just want to “keep our foot on the pedal for inclusion. Our hashtag is #inclusionrevolution. That’s what we want to come.”